\'Pureplay eCommerce is our target this year\'

As far as the industry is concerned, I believe 2015 is going to be one of the most interesting years, of the 15-16 years I have seen the industry evolving in this country in the organised retail segment. 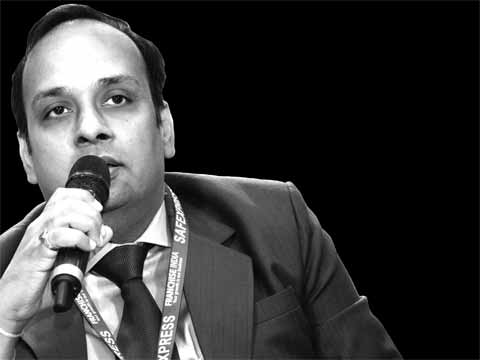 As far as the industry is concerned, I believe 2015 is going to be one of the most interesting years, of the 15-16 years I have seen the industry evolving in this country in the organised retail segment.
First reason could be, the entire eCommerce mystery, I would call it a mystery because how disruptive the model really is or how sustainable the model is, vis-a-vis brick-and-mortar, is only going to unfold in the near future and that unravelling should happen in 2015. eCommerce should see a lot of connection, especially because in the last three months, during the end of 2014, it has seen a lot of traction and engagement, especially the selling that these guys have done online, and therefore, it has posed prime danger to the brick-and-mortar model. So I believe end of the day, it is all going to be good. It is clearly not a dotcom bubble, and it is here to stay.
But having said this cannot really kill the brick-and-mortar model. Of course, it is a good distribution channel for all the consumer goods. At the end, both the channels will find their path and they will have their true share in the economy.
Feel good factor is contagious
The entire feel good factor, while the economy has had its share of dream runs in the past, also between 2003 and 2008, is because we have never seen a positive outlook for the future of the economy than what we are seeing today. Lot of action, though, remains to be done, but sentimentally, I haven’t seen people so charged up before from the economy point of view.
Running a consumer industry, we know that sentiments have much larger impact on consumer spending. It is sentiments that drive the consumer spending. So, we are looking at 2015 as a year which should trigger fresh round of consumption in this country, which should do well for everyone.
Third factor is that from a current government point of view, they do not have any direct plan to help organised retail in terms of FDI and all, but lot of the initiatives which they are planning, which we believe will bear fruit in 2015. And it will get a lot of help to organised retail than any other initiative has got in the past. The entire set of supply side reforms which they are planning to introduce to trigger manufacturing in the country, all the tax reforms etc, are all going to help organised retail in this country.
Year 2015 in Retail
This could be the year when the entire industry will get into the next phase of growth. Lot of interesting entries also happening from the fashion retail point of view. Some of the biggies are planning to set foot in this country in 2015. So, from the competition point of view also, it would be fully evolved. The market would start behaving like any other developed market.
As far as DLF brands are concerned, we have been watching the entire eCommerce development for the last one-and-a-half years, and we firmly believe it is going to stay here. We see ourselves as marketers of brands; of course, most of the brands which we market are majorly marketed through retail model, so we are also a retailer. But that doesn’t prevent us from getting into other channels of distribution. And online retail is one of the biggest channels of distribution in the country. We will be present online as well.
eCommerce for DLF Brands
We might start something which is ‘PurePlay’ eCommerce. Our brands would be available online, some of the brands like Forever 21 are already available online in India and it is doing good business. Other brands would soon be available online, but apart from that, we might start some initiatives which we would call as “PurePlay eCommerce Retail”. From an overall strategy point of view, we are more of a marketing company and we are not going to favour any particular channel of distribution.
Whichever channels of distribution are existing in the country, we would also be present in those channels and our strategy is clearly going to pick up a few categories and dominate those categories both from demand and supply side. For example, parenting and kids is one category which we have picked up, and we are going to dominate that category from the supply point of view, that is, by acquiring all the leading international brands in the world in this category, and from a demand point of view by being present in all possible channels, including retail, eCommerce, distribution to mom n pop stores, etc. So, a lot of these plans are going to unfold for us in 2015. For us also, it is an interesting year.
DLF Brand performance at a glance
December was an amazing month for us. Some of our brands like Forever 21 had done amazing numbers in December 2013, and I was apprehending that getting a growth on top of those numbers is going to be very difficult.
But December 2014 was even more amazing than that. In spite of big numbers in 2013, we crossed more than 20-25 per cent growth and all our brands for that matter are growing at 20-25 per cent, in spite of the fact that they did good numbers last year. Some of our sales productivity is amazing. Some of our stores out performed at Rs 5000-6000 per sq ft a month.
These are the kind of numbers which are unheard of, 15 years back we used to have these numbers on an annual basis, now we are getting these numbers on a monthly basis. Amazing times I would say. We are fortunate that most of our brands are very niche, destination brands. So, we have not been affected by eCommerce.
Dipak Agarwal
DLF brands
Retail
Trending Article