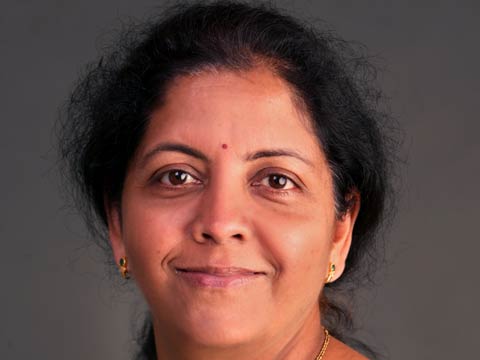 Post GST launch government has asked traders to calculated benefits of input tax credit before quoting on final tax put under GST. It is taking the concerns of traders and initial problems in implementation of GST quite lightly. It believes that initially there will be problems across and it will take some time for traders to comply with new tax structure. Simultaneously it has also assured that there will be no penalty in case any mistakes happen by traders in compliance with GST provisions. The government has been trying to convince the traders that the new tax fitment is closer to the tax slab it was before 30th June while compelling small traders with less than Rs 20 lakh of revenue to register with GST and avail the benefits of tax exemption and input tax credit. Thus, commenting on the post GST reactions by traders Nirmala Sitharaman, Minister of State (Independent Charge) for Commerce & Industry, Finance and Corporate Affairs exclusively spoke to Indianretailer.com on the sidelines of Textiles India 2017.

Traders are still facing problems post GST, can there be possibility of GST council meeting for revising the tax structure?
This is the second day post launch of GST. There are still minor problems may be due to technological and other snags and initially there would be problems across. Because traders and manufacturers will take time to adapt to new tax structure. We are talking to traders and manufactures and we believe that it will take some time for them to comply with new tax structure. The small and big traders have enough time to adjust with GST. Trader’s fear of penalty in case of mistakes in complying with GST, but government is assuring them that there will be no penalty. We are allowing all traders to make collective accounting entry in the month of September rather than doing it on monthly basis.

Service providers like chamber of commerce and chartered accountant associations have been installed with computers they have reached to district level. Indeed if needed, these service providers will educate traders on how to adhere to GST provisions. Thus traders don’t need to fear of GST, they have been given enough time to learn GST.

Textile traders have been calling for changes in tax slabs in GST what is your view on that?
Cotton and fabric fall under 5 percent and manmade fiber has 15 percent tax under GST. The recommendations of changes in tax slabs have been taken to GST council and we are discussing on it. But, one thing we should realize is that since a year government in consultation with industry stakeholders have been thoroughly discussing about all the categories of goods and services to be put under different tax slabs accordingly. Hence, the new GST fitment is closer to the tax slabs the goods were before GST to be applied.

What is the principle behind implementing GST with different tax slabs?
The principle was that there should be no rise in inflation, avoidance of new tax and revenue approach should be neutral, so centre and states have kept GST fitment closer to it before 30th June. Therefore any sector shouldn’t complain of rise in taxes as there is no rise in taxes. Also traders should calculate the benefits of input credit before quoting on final tax put under GST.

What will be the impact of GST on unorganized sector?
For unorganized sector this is a good opportunity. So far for unregistered small players the market was limited, they use to supply to limited number of territories. But, now if they get registered for upto Rs 20 lakh of turnover they can have tax exemption with input tax credit which can result into more consumers buying goods from them. Still the government will not put any compulsion on them if they don’t want to register themselves.