We Plan to Open 20 New Outlets Through Franchise Model In Next 3 Years: Saurabh Gadgil

Retail People
We Plan to Open 20 New Outlets Through Franchise Model In Next 3 Years: Saurabh Gadgil 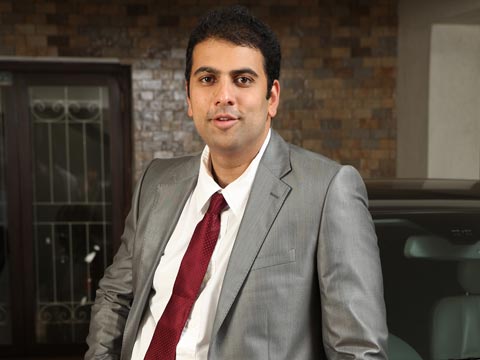 India is one of the largest exporter of gems and jewellery and the industry plays a vital role in India’s economy. The jewelleryindustry in India is expected to grow at a CAGR of 15.95 percent over a period of 2014- 2019 and this is the best time for the jewellery brands to expand and tap the potential market and franchising seems to be the fastest route of expanding at a lightning speed. Also, with the acceptability of franchising as a business model of expansion has grown in the country and India’s jewellery brands are following suit.And most recently, PN GadgilJewellersannounced its plans to initiate a franchise model for the first time. Named ‘IFO-Initial Franchise Offering’, the programme aims to intensively increase the penetration of the jewellery brand in both Tier-I and Tier-II cities in Maharashtra within the next two years.From establishing itself asa single store family owned and operated flagship store in Pune about 60 years ago to becoming a private limited company with outlets across Maharashtra, Goa, Madhya Pradesh, US and UAE, PNG Jewellers has come a long way.

Tell us about the PNG Jewellers, its inception and journey so far.

The journey of PNG Jewellers in India began in the year 1832 at Sangli, Maharashtra when Lt. Shri. Ganesh Narayan Gadgil incepted Purushottam Narayan Gadgil&Co.The very first big milestone was the establishment of our family run flagship store at Laxmi Road, Pune, around 60 years ago. We have since become a private limited company and expanded with 27 outlets across Maharashtra, Goa, Madhya Pradesh, US and UAE. The brand sees an annual turnover of about Rs.3,000crores and has been the source of employment for more than 1200 people.We have recently announced our latest and biggest expansion strategy yet, which is to enter into a franchise model, either FOFO or FOCO.

Tell us about the product assortment at PNG Jewellers.

We primarily retail gold, silver and diamond jewellery. At PNG Jewellers, our focus is always on providing our clients with a wide range of unique, contemporary designs, be it bridal sets or daily wear.

Tell us about your retail presence.

While our flagship store is at Laxmi Road in Pune, we have a total of 27 outlets across Maharashtra, Goa, Madhya Pradesh, US and UAE.

PNG Jewellers is initiating its franchise business expansion for the first time. What persuaded the brand to go for franchising as a model for expansion? How liable do you think is franchising for a jewellery brand like yours?

Initiating a franchise model is indeed a big step for us, but we believe in moving with times, so in a way, this is a natural progression. The franchise model will facilitate a rate of expansion of the business which would have otherwise been difficult as ours is a heavily capital-intensive and labour-intensive industry. This will be mutually beneficial. While we provide our collaborators with decades of industry expertise, an inventory of unique designs and the trust and credibility that PNG Jewellers has been built on, we will in turn benefit from their deep knowledge of the hyper local market.

Tell us about your marketing strategies.

What are your plans for expansion in terms of retail presence and also product assortment?

We hope to introduce at least 20 new outlets through franchise model in next three years. Initially, the focus will mainly be on Maharashtra, especially areas around Pune such as Talegaon, Pirangut, Undri and Chakan and areas around Mumbai, such as Navi Mumbai, Mira Road-Bhayandar, Thane, Goregaon, Akola, Daund, Barshi, Gondia,Yavatmal and Malegaon. There are plans for further expansions in the Konkan region of Maharashtra as well as international markets such as the Middle East, UK, USA and the Far East.

PNG Jewellers started its journey in 1832 and since then have not looked back. How have you taken up the functioning of your firm any differently than during the times your predecessor (father/ mother)? Or rather, how are you making the company future ready? Elucidate on company’s major accomplishments since you joined the business.

When I joined the business, I immediately realised that there was a lack of digitization and use of modern technology since most of the processes were still carried out manually. We also needed to streamline our process of working and put more checks into place. We’ve embraced technology which allows our employees to work quicker and more efficiently and this has really helped us expand our business. I have worked to streamline the business and make it more organised.

I also decided to break away from the family run model and bring skilled professionals into the management. The brand has reached a larger audience. It has gone from a hyperlocal brand and become international. It has also become more youthful, outgoing and forward looking. In 2014, we saw a rapid expansion with the establishment of 11 stores in 9 months. We now have a presence both in India and internationally with 27 outlets across Maharashtra, Goa, Madhya Pradesh, US and UAE.

How would you describe the current status of precious jewellery industry in India?

India is considered to be the hub of the global jewellery market because of its low costs and availability of high-skilled labour. The gems and jewellery market in India comprises of more than 3,00,000 players. As of 2017, the market size was about US$ 75 billion and it is expected to reach US$ 100 billion by 2025. India is one of the largest exporters of gems and jewellery and contributes 29 percent to the global jewellery consumption. UAE, US, Russia, Singapore, Hong Kong, Latin America and China are the biggest importers of Indian jewellery.

What do you think are the opportunities in the branded jewellery industry? Also talk about the potential of this segment in tier-II and tier-III cities.

Consumers are demanding new designs and varieties in jewellery and branded jewellers are in a better position to fulfil these demands, better than local unorganised players. Also due to increased awareness, new generation is keen to make their purchases from branded showrooms.

Furthermore, increased spending power in tier-II and tier-III cities implies better scope for the branded jewellery industry to flourish in these markets as well. However,knowledge of the market and understanding of consumer behaviour and preferences is necessary.

What does the future hold for organized jewellery market in India?

The market share of the branded jewellery industry was 29 percent by the end of March 2018, as opposed to 22-23 percent in 2017 and is set to grow further. The implementation of the mandatory hallmarking of jewellery, better resale values and improved transparency in transactions due to GST has had a positive impact on the branded jewellery market.