Can revised GST benefit the consumers

In conversation with Archit Gupta, founder and CEO, Clear Tax, who shares that GST has the potential to improve, but it needs to be given time. 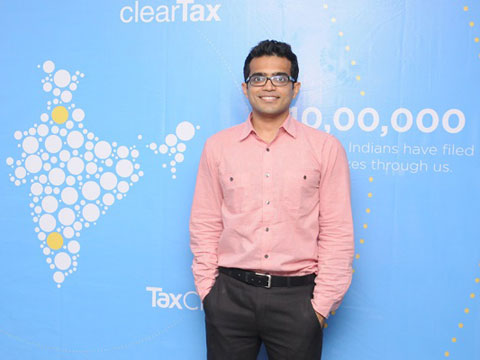 The Goods and Services Tax (GST) has been termed a potential game changer and the single biggest tax reform in independent India. What remains to be seen, however, is how the GST rates—from 5% to 28%—will affect various consumer-facing sectors. Clear Tax founder and CEO Archit Gupta tells Indian Retailer that the GST has the potential to improve and needs more time

Yet again GST rates have been revised and will soon undergo another revision. Are customers enjoying low rate benefits? How are the taxpayers responding?
There have been a few uncertainties and fears about the implementation of GST but many have settled down with the recent revisions. Well, the GST rates have meant different things for different industries like the F&B and gold which are facing the heat, while the rates have been neutral for consumer products. With the government deciding to do away with reverse charge, it is a breather for some industries. Now the question to ask is, are these benefits trickling down to customers? It has to be seen in the coming days.

What are the major industries that have been hit by GST? How are they coping up?
GST has vastly affected not only the taxpayers, but even the government. A major change that can be seen after the implementation and revision of GST rates is that compliance pressure has gone down and it’s become a lot easier to do business. Many medium industries too have welcomed GST, suggesting that it’s easier now for them to carry out business. However, some of the major industries affected are F&B, Textile, Telecom, Luxury Hotel, Jewellery, among others.

What are the major challenges to tax filing in India and how to overcome them?
Invoicing is still a major challenge and although we would like to believe that internet penetration is high, in reality it is not. For instance, many small traders used to make calculations at the back of their hand and give out bills, but that cannot be carried out anymore and computerized billing has become compulsory. Considering the limitations with internet connections, offline invoicing is the need of the hour.

Though GST proposed to bring every seller and buyer under the tax net, many sellers are giving tax benefits without bills. How does this defeat the purpose of GST?
The original design of GST was to make compliance easier so that even unregistered traders will also want to come under the tax net. True, there are cases of sales without bills. There is a lot of potential to improve and in the immediate scenario all that it is expected to achieve, may not happen. It needs time for full and effective implementation of GST.

Tells us how retailers are benefiting from tech penetration in tax system.
Every retailer, whether small or big, should adopt technology as it is not expensive anymore and it helps them in better transactions. With reduction in rates and easy compliance methods, demand in most sectors is bound to pick up and retailers should make the most of technology.