We plan to expand through both online and offline: Siva Devireddy

In conversation with Siva Devireddy, Founder, GoCoop, who spoke about his new brand and its future. 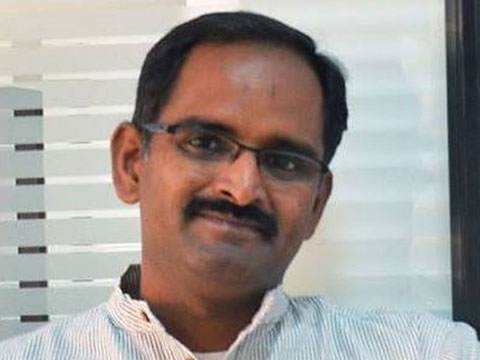 Less than a decade ago, it wouldn’t have been possible to imagine that handloom products in India, all produced in remotes parts of the country, could be purchased online. The sector, which was plagued by middlemen and less demand, has received a fresh breath of life through GoCoop. As GoCoop founder Siva Devireddy and his team prepares for the launch of their new brand Good Loom, Devireddy interacts with Indian Retailer during a recent trump show.

Tell us about GoCoop’s journey so far.
GoCoop is a global marketplace that enables handloom co-operatives and artisans in connecting directly with consumers. The marketplace brings weavers and artisans to collectively market their produce online, thereby significantly reducing cost of marketing, driving more efficiency and transparency in the craft supply chain. With roughly nine-million-strong weaver and artisan community that has formed 600 handloom clusters in the country, GoCoopis the first online, easy, and transparent sourcing platform in India.

Cotton and khadi have reinvented themselves in the last decade. How is the market for handloom products?
As the interest towards western clothing grew, it did become very difficult for handloom products to survive in the fashion industry. People chose designer wear and international labels over local clothes. However, there has been a speedy recovery in the past few years and now millennials are turning back to Indian textiles which seem promising for the handloom industry.

Big brands like Fabindia, Mother Earth have changed the way people wear cotton. Does it help attract more customers?
Definitely, it does help and that’s brand power. These brands not only change people’s perception about certain clothes, they also help bring in social change. Brand names play a big role in people’s acceptance of certain clothes.

What are the challenges for handloom industry?
The key challenges for the sector are aggregation of producers, marketing and efficient sourcing of products while making the supply chain more equitable for the producers. The weavers and primary co-ops at the village level sell their produce to local traders at very low prices who in turn sell at much higher margin to wholesalers, retailers and export houses. Also, declining interest in people to wear handloom clothes was one of the biggest challenges.

A lot of concerns were raised in the industry post GST implementation. How is the industry affected?
GST has been an uphill task for weavers as most of them are not educated and don’t understand the complex calculations. Also, what makes it very difficult for the cottage industry is the fact that it was never taxed. However, as the products are open to national and international market, there is need for awareness and artisans too are now learning.

What are your expansion plans?
We plan to expand through both online and offline. We are planning to tie-up with large retailers for offline expansion and set up our own retail own stores. Eventually, we would also be considering franchising model. Over the next 5 years, GoCoop aims to empower one million weavers and artisans through the online marketplace.