Deep Rooted has been created with an idea to build a large scale organised supply chain for perishable and highly perishable fruits and vegetables. 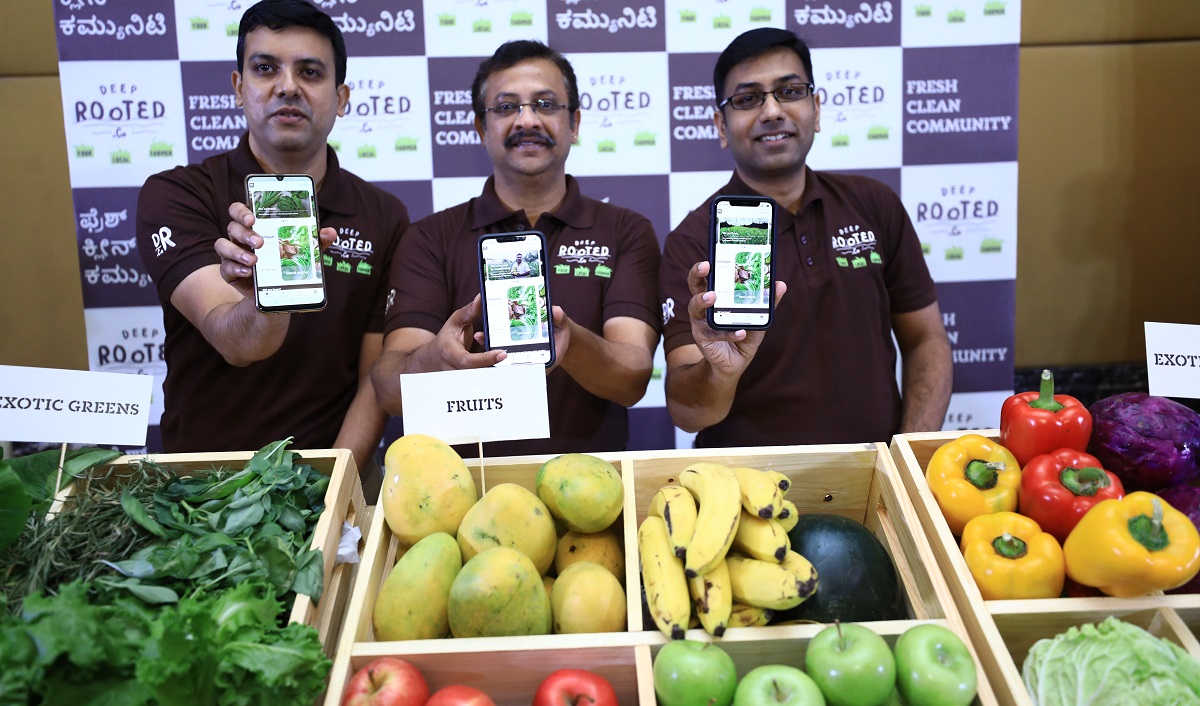 Over the last decade, the demand for fruits and vegetables is becoming evolved, newer, and sharper, and technology interventions have created aggregated demand to be possible. There are brands of the world trying to organise the Kirana stores or the general trade space. However, e-retailers are struggling to win in the fruits and vegetables and grocery space. While demand has become organised, the core backend of the supply chain, which is farms and farmers, continues to be scattered, unorganised, small and distant, and opaque to the needs of the customer.

In order to organize this gap, Deep Rooted Company was launched. The brand is working with the community of farmers who lay the foundation for it in becoming India’s largest brand.

Gururaj Rao, Co-Founder at Clover, which launched direct-to-consumer brand Deep Rooted, said, “We want to be India’s largest farmer brand as our backend will be powered by a network of these small-end farmers, each of whom we will work very closely with them doing a full-stack intervention in the day-to-day activity they do.”

Deep Rooted has been created with the idea to build a large-scale organised supply chain for perishable and highly perishable fruits and vegetables.

How Deep Rooted is Solving the Farmer’s Problem?

An average farmer today has no structured advice coming to him as to what he has to grow. He goes by advice from the mandi guy, the neighboring farmer, the aggregator who comes to the village. The majority of the time actions taken by the farmers are actually dictated by the demand intensity and pricing of those crops rather than doing the right thing. Lastly, the farmer who knows what to grow and how to grow rarely has the ability to sell the entire produce he grows. About 20 to 40 % of produce was going down because, at the time he harvested, there was no buyer since it is perishable and not storable.

A farmer sort of deals with multiple variables and multiple levels of inefficiencies at every stage. It is possible to address all of this because demand has become organised and evolved. The majority of the farmers saw consistent improvement in yield and productivity with an increase from 1.5 to 3 times in their income. Their dump was minimal because we were committing to pick all their produce. After the first 6 months what started as a push asking the farmers to join us, farmers started recommending to other farmers. We validated that it is possible to work with farmers, build a network large scale. Showcase to them yield, productivity, income all is possible structurally. 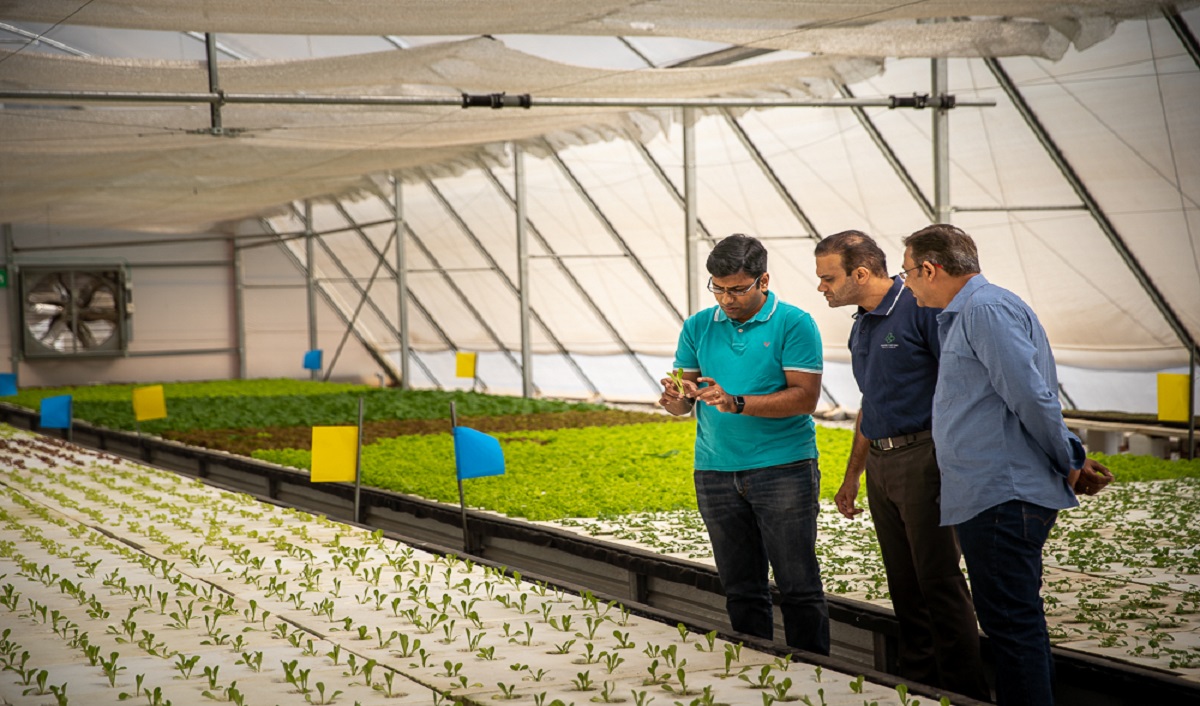 Rao elaborates that a farmer working with us, typically has his farm occupied 365 days, since we know the demand trend, we also know the network of farms we are managing and when this cycle comes to end, we are already in discussion with him what he should grow next, knowing our demand-supply situation. And such a structured market is honestly is unheard of in the horticulture sector on the supply chain. Farmers are seen tripling and quadrupling their income by working with us.

“We, as a brand, wanted to be available at all common touchpoints that consumers use to buy fruits and vegetables. We will be available on the Kirana store, modern store, or any other digital aggregation platforms that are coming up today. We are present in 150 outlets, we have an e-commerce website. We are available in star and spar and 120 Kirana stores. We are trying to understand consumer nuances and preferences. The unique thing in this category is we don’t have to induce purchase; the consumer buys 8 times a month,” Rao further stated.

We have about 70 products starting from palak, coriander, cucumber, amaranthus, mint, capsicum, beans to the exotic of the worlds like the colored capsicum, lettuce, broccoli. It is a value premium brand that is looking broader cross-section of the demographic. The idea is to have a broader category of SKUs and today the brand has about 70 SKUs. 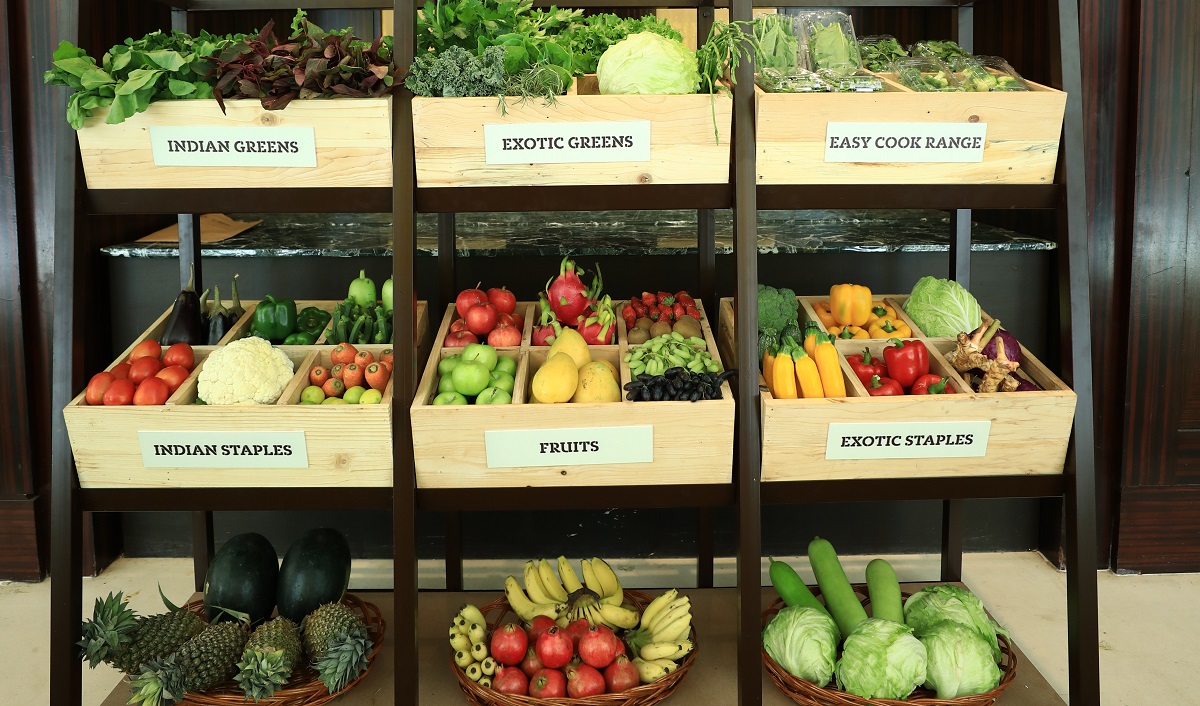 Rao added, “We don’t claim our produce is organic, but it is residue-free and pesticide-free. Where a greenhouse or land belongs to a farmer but he is working under our supervision. When we harvest the produce, there is no chemical residue on the produce. In the US, the greenhouse is considered as organic, while in India, the regulatory view is that it has to be produced from soil and technically our produce is not organic, but from sheer produce in terms of cleanliness and quality, there is no chemical residue on when it goes to consumer.”

The idea is to embark on a cluster-based strategy like how the brand has leveraged in Bengaluru and then entered Hyderabad. The next cluster would be Chennai, Mumbai, and Pune.

Today, the brand is working with 100 farmers across Bengaluru and Hyderabad and it intends to double it in the coming years.