Ayurveda exports are only ~USD 100m per year from India and this needs to increase multifold. 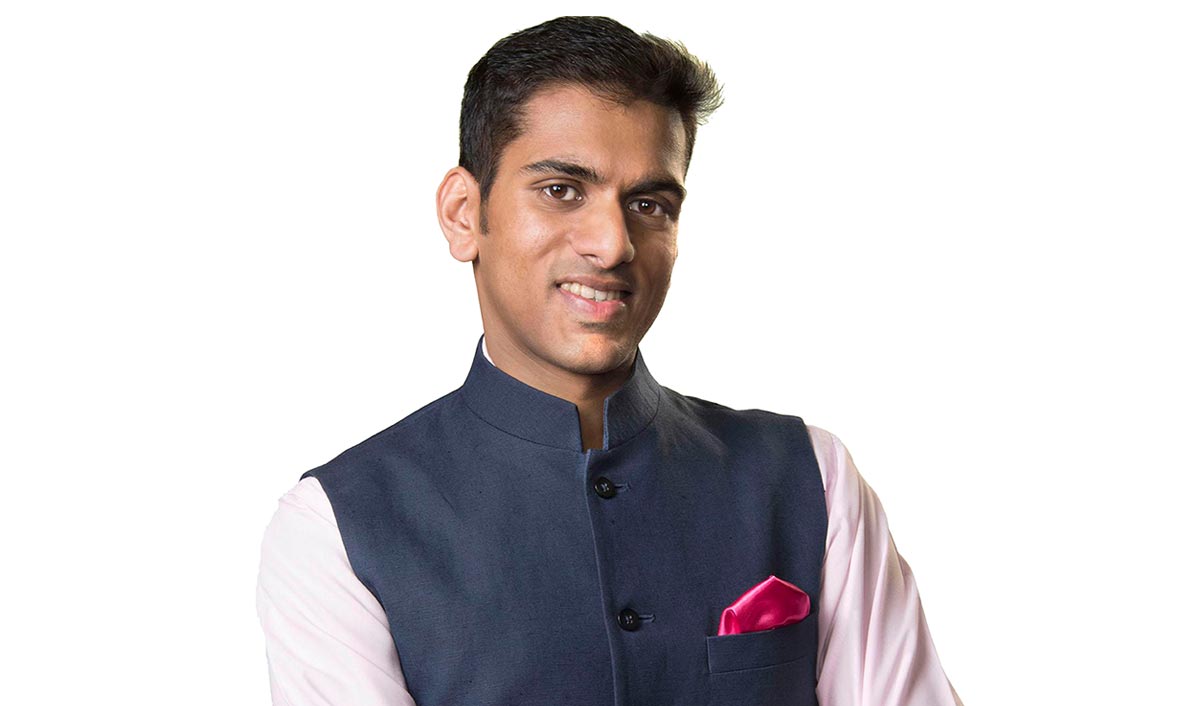 DR. Vaidya’s is a three year old New Age Ayurvedic products start-up, founded October 2016. The company endeavours to bring our rich, traditional Indian science of Ayurveda to today’s modern consumer- both in India and Worldwide. Founded by the Vaidya family, who has over 150 years of Ayurvedic heritage, our formulations have been passed from generation to generation, treating thousands of patients in the process.

The ‘business’ as it is today was started by Arjun Vaidya  after his grandfather’s passing. He inherited a strong repository of formulations from his grandfather and genuinely believed in the power of Ayurveda. He had studied in the US and seen the move towards natural and organic products in the West. He also saw yoga being repackaged to appeal to modern consumers. This led to yoga becoming a household name and the birth of a mammoth industry that included yoga mats, yoga gyms and yoga apparel. Arjun saw an opportunity with Ayurveda too and wanted to create a format of Ayurveda that was appealing and accessible to modern consumers. Hence, DR. Vaidya’s was born – to take traditional Indian science and 150 years of family legacy to the 21st century.

Today, DR. Vaidya’s is one of India’s largest Ayurvedic products brands online with more than 1,000 orders per day on our own platform and will be building a deeper presence in the offline and global markets very soon.  In an exclusive conversation Arjun talks more about the company and the industry.

What is your assessment about ayurvedic market in India. According to you, what are the factors propelling growth in this segment?

The Ayurvedic market in India is going through an exciting time. While Ayurveda has been with India for more than 5,000 years, the industry was largely asleep in independent India as a step sibling to allopathy. The natural and organic revolution came to India and with it and with it, Ayurveda also began its ‘renaissance’. The new government in 2014, created the Ministry of AYUSH (Ayurveda, Yoga, Unani, Siddha and Homeopathy)– a monumental moment for our industry. Brands were being created as urban consumers were demanding Ayurveda for the first time in India’s independent history. The large consumer companies in India who had traditionally stayed away from these types of products started launching completely herbal lines. The Prime Minister of India Shri Narendra Modi Ji also shows a strong commitment to pushing the science forward and thus, the industry has grown to >USD 4b and is expected to grow at 16%+ pa according to a recent CII report.

According to you, what are the challenges of ayurvedic retail market in India?

Ayurveda is an industry that has been categorized by a few big brands with >USD 100m in revenue and 1000s of smaller brands/manufacturers. In the past, given the sheer scale of these larger brands and the expense that it takes to build and offline brand in India, midsized brands were few and far between in Ayurveda. This is changing with the advent of digital as lean business models are now possible. Also, a challenge in the past was that consumer awareness was low in relation to Ayurveda but this has changed rapidly in India over the last 5 years as consumers have begun to demand Ayurvedic products.

What is the current distribution of the brand. Going forward, what would be the strategies to scale up the distribution? Are your products available with modern retailers?

DR. Vaidya’s is a digital first brand in that >90% of the brand’s sales come via online. The brand has been built on the back of the digital revolution in India to solve the problem of access. While Arjun’s ancestors provided a free consultation in a clinic, this has now been taken online. Today, consumers across India can access an Ayurvedic doctor free via DR. Vaidya’s and only pay for the medicine which they may choose to buy. This has allowed the brand to scale rapidly, establish a leadership position in the digital Ayurveda domain and cross 1,000 orders per day just on their own website (i.e. not including marketplaces like Amazon, 1mg, Netmeds, Nykaa etc.) The brand also has some presence in modern retail with partnerships with chains like Spencer’s, Nature’s Basket, Apollo, Noble Plus, Twenty-Four Seven etc. Going forward, while the brand will grow its presence further online, there will also be a focus on increasing the offline presence in India (selectively) as well as a strong global presence.

Are you a bootstrap or have raised any sorts of funds so far?

The brand was boot strapped for the first 2.5 years until June 2019 when the company recently raised a series A round of capital of ~USD 5m (~INR 35 Cr) from RP Sanjiv Goenka Group.

The Ayurveda industry and Indians around this room have a duty – our country has a lot to offer and it is our duty to take it to the world. Our legacy may seem old and unsexy to us but if one digs deep enough, there is a lot of ‘cool’ in there. For example, Dr. Vaidya’s took a long-term liver protector and repackaged it as a hangover cure. Ayurveda exports are only ~USD 100m per year from India and this needs to increase multifold. At Dr. Vaidya’s, each one of our products bears the mark, ‘Proudly Indian’ and the brand aims to get this mark of India to more than 50 countries in the 5 years.

How Offline Retail is an Unmatched Rewarding Experience?
7 min read
Share
RECOMMENDED FOR YOU