Kicking in the adrenaline

Sector Watch
Kicking in the adrenaline 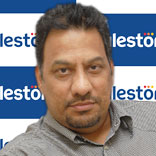 The Indian mass is not accustomed to the gaming segment as well as the US market, yet the signs of maturity like any other sector are visible in the country. On the sidelines of a recent meet, Jayont R. Sharma, Chairman & CEO, Milestone Interactive Group, talks up the prospects of the industry and what needs to be done to ensure growth.

Aadeetya Sriram (AS): Could highlight on the outlook of the global gaming market? What is the role of retail?

Jayont R. Sharma (JRS): If you look at the US market, which is the largest gaming industry in the world, they have around 6,500 stores and among the fastest growing category in the downturn. As a retail category, the gaming segment is an exciting proposition for us. Specialty stores in the long run are expected to perform far better than the general stores. The challenge for us is to find the right balance between different sizes of the store. In India, where the video gaming penetration is a meager 2 per cent, for us we would like to take that figure up to 10 per cent in the near future. This can be done by engaging these consumers at the store from an interactive point of view, user experience is very critical, otherwise the market cannot expand. At Game4u, we ensure consumer engagement is performed efficiently.

AS: Gaming industry in the country is a niche segment, how big is the market?

JRS: The gaming sector in the country is pegged at 10 billion in 2010, which is growing at 30 per cent y-o-y and now touched 13 billion mark in 2011 and we expect the figure to be around 46 billion by 2016. Out of this, close to 2.3 billion will be contributed by the mobile gaming segment.

AS: Could you elaborate on the demographics of the customer for this segment?

JRS: The primary consumer group for gaming players is the late teens and mid 20’s, i.e., young earning population, with tendency to spend and high purchasing power. 16-24 is the core group, then 25-34 and 98 per cent of the customers are male. The buying is still concentrated across top metro cities where in Delhi/NCR has emerged as top market followed by Mumbai, Bangalore, Chennai, Hyderabad etc. The awareness among tier II & III cities is below the radar and we expect the markets to evolve.

AS: What is Game4u all about and how well is your retail network spread? What is your store format?

JRS: Game4u is the only specialist retailer in the country. We have three properties within our brand; re-play, exclusive4u and deals4u. We have eight company owned stores in the country four in Mumbai, two in Punjab and now two in Delhi. Our format is 400-600 sq. ft with 15-18 ft frontage. In 2009, we launched Game4u.com our e-retail store and in 2010, we forayed into physical retail. We plan to set up 50 stores in three years across top 30 cities. We are growing at 18 per cent as of 2011-12 and projected growth for 2017 is 30 per cent. A typical store needs an investment of 60-70 lakh, but till now we have invested close to eight crore on setting up stores.

AS: The concept of shop-in-shops is catching up in retail, how have you made use of this format? Is high-street viable or malls?

JRS: We have set our shop-in-shops at Reliance Timeout and Hamleys. This clearly depends on the space that is available to us across these formats. Generally we look at close to 300 sq. ft. This arrangement is concessionaire based, hence the figures cannot be disclosed. We pay for the space that is being provided by the brands. We have two in Mumbai and now in Gurgaon with Reliance Timeout. The challenge of managing stores on high-streets is huge and with the footfalls that malls attain these days, we feel the format is best served within malls.

AS: You have just started up with loyalty programme, what is it all about? What are your expectation from it?

JRS: The loyalty programme is an effort from Game4u to recognise the loyal customers and offer them something substantial, which will result in consumer engagement and retention. Our customers are very demanding. The privileges are attained with every purchase from our stores and this goes live on 10th of this month. With this initiative, we hope to attract 25,000 customers in the first three months.

AS: How do you plan to foray into the regions in the country with your stores in the future?

JRS: We will concentrate on the West and North region initially then the South and finally East. The reasons we plan to foray into East at last is because the current regional contribution is just 7per cent, while Delhi is at 35per cent, Mumbai 31per cent, Chennai, Hyderabad and Bengaluru is 27per cent each.