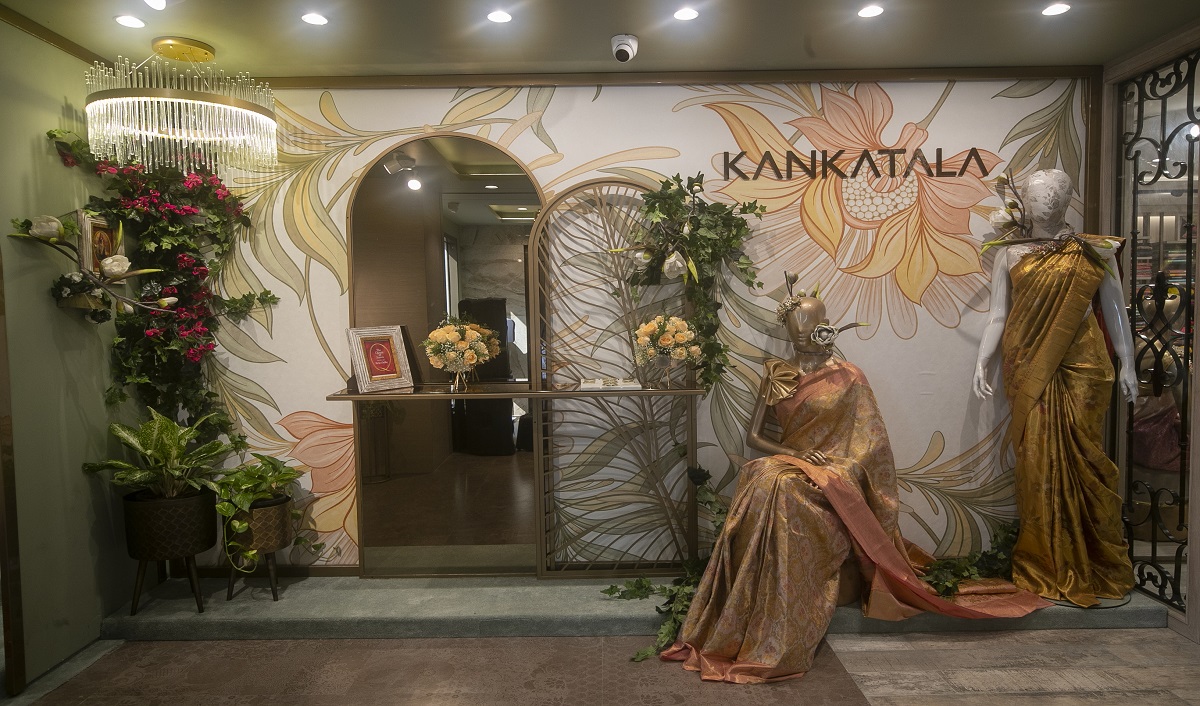 What builds a brand such that it lasts forever and keeps growing as the ages pass, is no small task. Kankatala is one such saree brand that has been able to reach such heights. The company takes pride in having a loyal customer base through generations who return to their stores for every occasion.

Despite having such a long-standing player in the fashion retail sector, the 78-year-old brand has opened only a few outlets here in India. The company ascribes its conservative and traditional approach as the reason behind taking so long to expand to North India.

“So as a family we are very conservative in our business and careful in how we grow – we want to grow very sustainably,” said Anirudh Kankatala, Director, Kankatala Sarees. “We are very well planned and well-calculated in our expansion. We had our second store expansion only in 2000 and since then we have opened in Rajahmundry, Vijayawada, and Kakinada. And, only 3 years back we opened in Hyderabad – that was our first expansion outside Andhra Pradesh,” he added.

Established in 1943 by the late Kankatala Appalaraju, the business has now grown to 11 stores in Andhra Pradesh, several other cities, and has a strong online presence. In 1982, Kankatala Mallikharjuna Rao, Anirudh’s father, popularly known as Mallik, the second generation Kankatala, entered the business. There was a major turnaround, with the opening of the first plush Kankatala store, which was Vishakhapatnam’s first air-conditioned shop.

The company has a very single-dimensional approach in terms of retail strategy. Anirudh stated, “So, actually as a retail strategy, we don’t try to differentiate based on stores, we try to maintain our USP and don’t change the product as per the city.”

It is indeed true that when a brand comes to Delhi, it is assumed that people will expect to go there for Banarasis (popular North-Indian Saree made in Varanasi) more than Kanjirvaram (silk sari made in the Kanchipuram region in Tamil Nadu) because it is north of India.

“However, we as a brand believe that many people know Kankatala for Kanjivaram - people have been shopping at Kankatala because they like Kanjivaram. We decided not to change the strategy of the brand is catering to our customers,” Anirudh further added.

The company is planning to open more stores in the north, in (Mumbai) Maharashtra, one in Ahmedabad in Gujarat, and Kolkata.

In this technology-driven age, much of the competition is on how strong the brand’s presence is online. Being deeply traditional in its approach, the brand had obviously faced tough challenges to transition to online.

Anirudh stated, “We did have a lot of challenges to take a traditional business online. For us it is 1,000 products, it is only one quantity, and once it is sold it gone. Then we need to take the new pictures and upload them. So I have to train my team to understand e-commerce and go online.” “And, we are from Vishakhapatnam, so finding talent to go digital was also a challenge. The family support was there to help us expand online,” Anirudh further added.

The brand took almost one year (in 2017) to start the online website and since then it is reported to be growing at 30 percent YoY. In fact, the company attributes its online explorations as the reason behind the company’s growth.

“One of the main reasons for the growth is because we started online, social media and shipping. Then we have realized that there is so much potential for our brand in Hyderabad and Bangalore. Then we have realized the potential to take Handlooms to the capitals of the states and then after Hyderabad, we had a vision and my father’s dream to be in the capital of India and finally since the last three we have looking for a place,” Anirudh stated.

The company is also said to be very particular about Vastu. Anirudh said, “For us to find a place in south ex which is almost a 50-year old market, it was very difficult. Finally, we have been able to find a place and our landlord has been very supportive to us and we finally opened in New Delhi.” 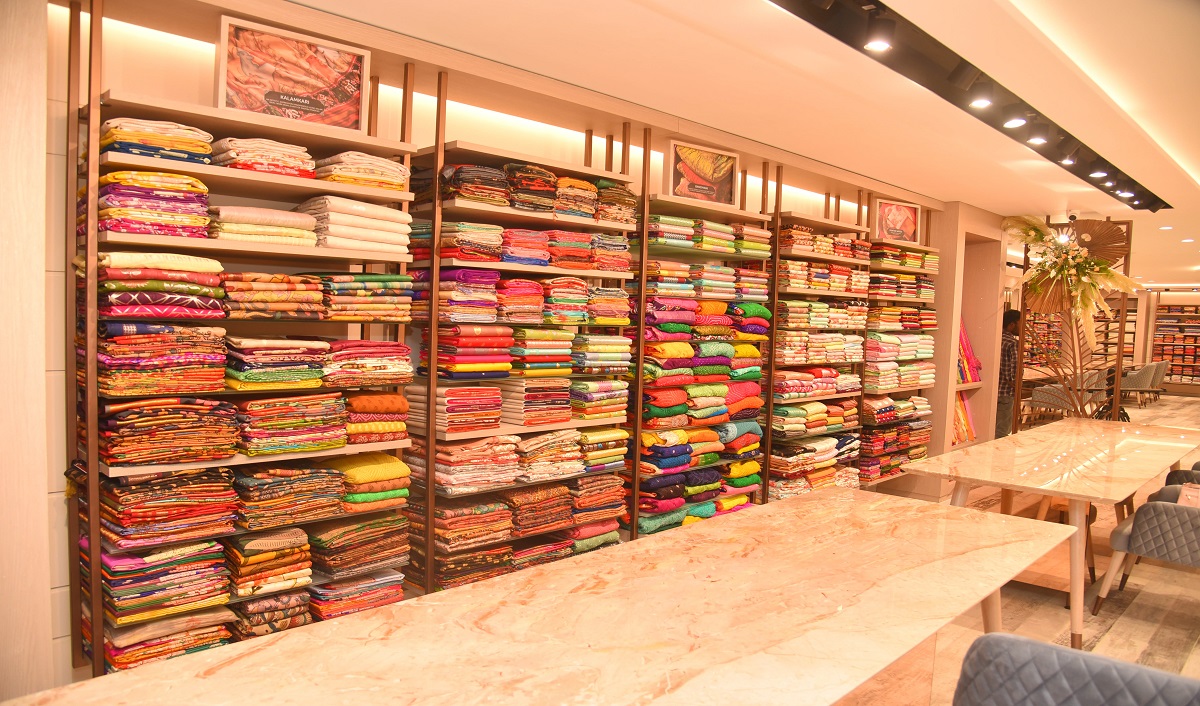 The brand is devoted to bringing line-ups that are a fusion of South and North in their new lineups. “Kanjivaram is a South Indian saree and Bandhini is a North Indian technique from Gujarat and Rajasthan; so we took Kanjivaram sarees and got Bandhini done on it, “ said Anirudh. “Then, we got Petni from North and got Kalamkari (style of painting from South) hand painting done on it”

However, the brand is also aware even though the fusion style is new and trending, the classics like Kanjivaram, Banarasi will never go out of style.

Given the new trends that the brand is adopting, it is important to cater to the right audience who desires those, and for the same, the brand needs to adopt the necessary technologies to handle that successfully.

Even though the traction the brand gets through online is a small fraction in online – but more than the revenue the online branding has helped us grow. So, initially, when you went online, we thought online as a business is separate and offline separately, but we realized the strategy has to be together. The online branding has helped us as the brand grow and helped to expand to new physical stores and wouldn’t have been possible through an online presence.

The company is currently working towards expanding the online presence more and thinking of an international expansion, starting with starting trunk shows in America and then possibly a physical store in America.

In North India, the Kankatala brand has opened its outlet in the South Ex region, which was inaugurated by Bollywood Actress Karisma Kapoor.