After the worldwide success of Herman Miller, India has attracted their interest finally, so we get in touch with Mr. Jeremy Hocking, Vice-President- Asia Pacific Herman Miller International, who shares his journey in the continent and the plans for the f 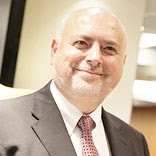 After the worldwide success of Herman Miller, India has attracted their interest finally, so we get in touch with Mr. Jeremy Hocking, Vice-President- Asia Pacific Herman Miller International, who shares his journey in the continent and the plans for the future with our own Aadeetya Sriram.

Aadeetya Sriram (AS): What is Herman Miller all about? Tell us about your products, and target customers?

Jeremy Hocking (JH): The Company which is about 80 years old, is an American company and one of the largest company in the world and it has been operating internationally for many years. One of the fastest-growing market for Herman Miller is Asia. We have our leadership team, which will be travelling across countries in Asia, to understand the Asian market, in order to meet our perspective clients, dealers and designers, so that we can get connected to the market in a better manner. Our product range includes; Aeron, Mirra, Setu, Embody, Arras and the recently launched SAYL, seating by designer Yves Behar. We have got manufacturing operations in Asia, and looking to expand further and potentially into India in the coming years. We will be targeting the big corporate workplaces for starters and gradually venture into the residential arena in the future.

AS: What is the sort of potential you have witnessed in India? What are your expectations for the brand in the country?

JH: In India, the potential for the success of Herman Miller is quite encouraging, I think India is a pretty design-savvy market, their preference for products is of the highest quality, and that can be gathered from the sort of outputs we achieve in the country. We believe the opportunity is much bigger, and the reason for that is, the companies are designing workplaces which can only get better from where it stands and we at Herman Miller believe that in order to establish a world-class facilitated workplace you require high-quality products as well. The market for quality products can only grow, the market demands great value for better quality; we are well placed to grow in the country.

AS: How many stores do you have? What is the size of each store? Where do you have your manufacturing units?

JH: We have our stores in cities like Mumbai, Delhi, Bangalore, Chennai, Hyderabad and Kolkata; these will be covered in around 4,500sq.ft. of area. We have our manufacturing units in China, we plan to set-up one in India soon, and we’re on the lookout for locations in the country.

AS: What is your reaction to the Indian government not allowing foreign investments in Indian retail industry?

JH: I think, all over the world conducting trade has become a lot easier and lenient, which is important for the markets to open up, which in turn provides the opportunity for you to be exposed to the world market. In the European countries, trade has always been open, even in India, we’ve not had much of a problem in conducting trade and I think it will probably get easier, and establishing our own manufacturing set-up will justify our long-term planning’s in the country. We have realized that the government of the country is quite and receptive and willing to support the international brands in order to attract foreign investment into the country. It will be a bold step on our part to show that we are here, we are here to grow.

AS: Are you in anyway, providing the designers that are working for your brands, the sort of training that would educate them about the philosophy of the brand?

JH:  Herman Miller is unusual, we always work with individual designers, industrial designers, we have just launched a new product called SAYL, which is been designed by one of the world’s upcoming designer, Yves Behar. We connect with outside designers because, we believe that these designers bring in the sort of expertise and experience that only help in enhancing our product features and knowledge; the design, material and the technology implemented, this connection enables us to keep improving our standards as well the design elements. We help the designer in realizing his vision, yet to make it manufacturable, we work closely with the designers so that we can deliver innovative products, this keeps the learning process in motion for both the parties involved.

AS:  What are the other verticals that you plan to target in the near future?

JH: Demographics is something you cannot escape and one of the interesting thing about India, is that it such a young country, but the other parts of the world like the U.S, is an ageing population, and so the healthcare market and facilities are a particular focus for Herman Miller, and we made an acquisition not too long ago in that area. We are now the largest furniture provider for hospitals in North America. We think that is an opportunity and have been investing in the same.

AS: What are your plans for the future?

JH: The company has announced its arrival in cities like Cochin, Ahmedabad, Surat, Ludhiana and Pune. We plan of having around 10 new showrooms by mid of 2011. The company wants to make the brand available in the entire country and is very positive about its success in the corporate segment as well as retail. Herman Miller generated $1.3 billion in revenue, and we plan to get the figure growing year-on-year, and we believe our association with the Asian countries will only provide us the impetus to grow at a steady pace.