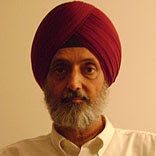 Bicycles have been the ever-present fixture in the Indian scenario. Firefox Bikes has tried accomplishing the feat of bringing in high-quality imported bikes from around the world, Mr Shiv Inder Singh, Managing Director, Firefox Bikes gives his insight of the cycle industry in the country.

Aadeetya Sriram (AS): What is Firefox all about? Where do you have your presence in the world? When did you start-up?

Shiv Inder Singh (SIS): Firefox started up in 2005, we opened up our first showroom in Delhi.  Firefox is owned by me and my partner, who is based in Taiwan and been a part of the bike business for almost 30 years. He is more or less handling the U.K and European markets. We wanted to offer bikes across all size and age groups, made to international specifications, quality standards etc. Due to my partner’s long connections and reach into the U.K market, we had access to the widest range available which gave us the edge as a brand. We started up with 38 models of bikes targeting across different age-groups. Since Firefox, I don’t think no one has been able to offer such a comprehensive range of bikes in the country.

AS: You are providing imported bikes which are manufactured keeping the international standards in check, how does that comply with your pricing?

SIS: There are two things; pricing is linked to technical and quality standards. All these years, the automobile & the motorcycle sector in the country grew double-fold; the same did not take place in the bicycle industry. The bike industry is huge in India, 12 to 15 million bicycles are sold annually in the country, but they had captive market, who could not afford purchasing the bikes or the 4-wheelers. The bicycle sector stalled in the technology of 50’s. When we brought in the bicycles under Firefox, these were the product of 21st century. When you do that, you need to pay that extra buck. Our range, when we brought in started at Rs. 2000-3000, now it has moved up because of the price inflation, as of now the pricing starts at Rs. 3500, our adult bikes range from Rs. 16,500 and our road bikes at Rs. 23,000.

AS: How many franchisee outlets do you have in the country?

SIS: At present, we have 7 company-owned outlets, and over 60 dealer-outlets. Even out of the franchise outlets, almost 50% are exclusive Firefox outlets. Generally our stores are covered in 800-1000sq.ft and the investment amounts to 5-6 lacs per store. We have 4 outlets in Delhi, store in Chandigarh and a couple in Mumbai.

AS: How is technology implemented in your products? Please elaborate on the set-up?

SIS: The most important function of the cycles is the gears, you pay for them. They enable you to climb terrains easily, help you to take inclined planes easily. For the smooth functioning of gears, the frame on which the bicycle is built has to be perfectly aligned. Generally in India because of the fact that geared cycles were not that prominent, frames alignment was not a major issue.

AS: What are the trends of bicycle industry in the country?

SIS: The bicycle industry prior to this was divided into 2 segments i.e. standard and fancy. Earlier standard segment was the backbone of the industry in the country. Gradually the market has been shifting from the standard ones to the fancy segment primarily because, the spending power of consumer has increased, which has resulted in more financial support from the banks in order to acquire motor-cycles. The fancy cycle segment is rising, courted by the kids of households who have become the heavy spenders in a family in recent times.

AS: The future plans for Firefox in the country as well as internationally?

SIS: We will work towards bringing in more high-quality bikes in the country as well expanding our coverage through dealers who know the art of selling. We have realised the potential of the fancy-cycle segment in the country and would like to utilise the opportunity to its optimum.