70% discount: E-commerce contenders Flipkart, Amazon India fight it out in another sale

70% discount: E-commerce contenders Flipkart, Amazon India fight it out in another sale 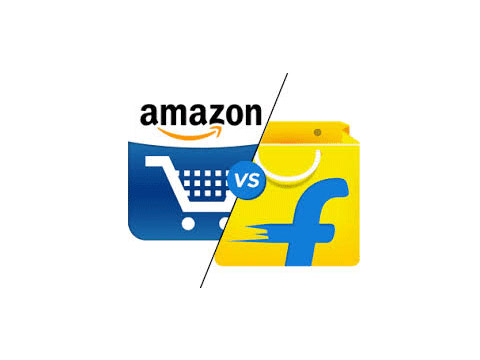 There may still be a week to go before India celebrates its independence, but eager shoppers are already revelling in the freedom of buying what they want at a great bargain. Close on the heels of Amazon India's Great Indian Sale from August 9-11, Flipkart also announced the launch of its Big Freedom Sale - incidentally during the same stretch of days as the Seattle-based e-commerce giant. With big deals from top brands on offer coupled with massive cashbacks, both players are rolling out steep discounts during this three-day pre-Independence Day sale. With products available on a range of categories under hundreds of prime labels, this sale season is poised to continue the thrilling streak from previous editions.

While Amazon is offering up to 35% off on mobile phones including some great offers on iPhones, Flipkart is selling Google's flagship phone Pixel at Rs 18,000 less than its market price. In addition to offering similar deals on brands like Samsung, Lenovo and Motorola, both retailers are also creating a platform to launch new phones or make attractive exchange offers on old ones.

A rewarding category for Flipkart until today, Amazon is wearing several hats this season with the most cost-effective deals being offered on fashion this time. The retailer is offering up to 80% discount on more than 3 lakh styles from over 1,200 fashion brands.

While Amazon is offering up to 30% off on LG, Blue Star, Samsung and Whirlpool ACs at no cost EMIs at Rs 2,250 a month, Flipkart is offering a similar discount on TVs. While the former is making exchange offers available up to Rs 6,000 on refrigerators and washing machines, Flipkart is extending warrantees on appliances like ACs and microwaves over and above the rate cuts.

The sale is seeing a maximum discount of up to 70% on home and kitchen appliances from Amazon. This includes water and air purifiers, heaters as well as mixer grinders from top brands like Kent, Prestige and Bosch. Some of the top deals include induction cooktops starting at just Rs 1,099 and Oven Toaster Grills (OTG) at under Rs 5,000.Flipkart too is offering good deals under this category, though a cursory observation could lead one to believe it is not hot on its list of priority categories this season. Albeit a few, the offers include up to 20% and 30% off on Havells water heaters and IFB convection microwave ovens and nearly 60% off on mixer grinders.

Bombay Dyeing bedsheets at half the market price, nearly 80% off on carpets, 60% on curtains and 50% on duvets and comforters are but a few of the items on offer by Amazon. Interestingly, the company is also introducing local ware from designers in the city, including handlooms and handicraft furnishings. Flipkart is not taking a backseat and has a slew of products under home furnishing on offer. In addition to minimum 50% off on portable bean bags, wardrobes and tables, it is offering sofa sets starting under Rs 10,000, Hometown furniture starting Rs 2,880 and up to 80% off on mattresses.