In the hyper- competitive Indian smartphone market, Apple has been expanding its presence, even though its products are priced at a premium. 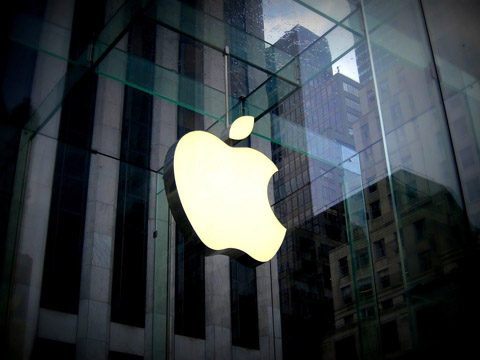 Apple the maker of iPhone and Mac series of computers has achieved up a double-digit growth in its revenue from India in the quarter to December 2017, its all-time quarterly record to date.

In the hyper- competitive Indian smartphone market, Apple has been expanding its presence, even though its products are priced at a premium.

Apple posted 13 per cent year-on-year growth in revenue at USD 88.3 billion in the said quarter and profit of USD 3.89 per share. International sales accounted for 65 per cent of the quarter's revenue.

"Our results were terrific all around the world with double digit revenue growth in all our geographic segments, an all-time quarterly record in the vast majority of markets we track, including the US...as well as Mainland China... and India," Apple chief financial officer Luca Maestri said on an investor call.

The comments come a day after the Indian government raised the customs duty on imported smartphones to 20 per cent as part in Budget 2018-19.

The move -- aimed at encouraging local manufacturing and domestic value-addition may impact Apple as it imports its devices, expect iPhone SE that is assembled in India.

According to research firm Counterpoint, the premium smartphone segment in India witnessed over 20 per cent growth in 2017 over the previous year with Apple maintaining its leadership position with 38 per cent market share during 2017.

The iPhone X was the top premium model, ahead of OnePlus 5T and Samsung's Note 8 in the segment, as per Counterpoint.

Apple CEO Tim Cook said, "Our growth was broad-based and a key driver was iPhone, which generated its highest revenue ever...revenue for our newly launched iPhone was the highest of any lineup in our history, driving total Apple revenue above our guidance range."

During the quarter, Apple said it had sold 77.3 million iPhones, the highest number ever for a 13-week quarter.

Maestri pointed out, "We established all-time iPhone revenue record in nearly every market we track with double-digit growth in all of our geographic segments. The sales of Apple's Mac range were at "all-time records" in Latin America, in India, Turkey and Central and Eastern Europe.

iPad sales, too, grew "strong double-digits" in emerging markets, including Latin America, the Middle East, Central and Eastern Europe and India besides the developed markets, it added.