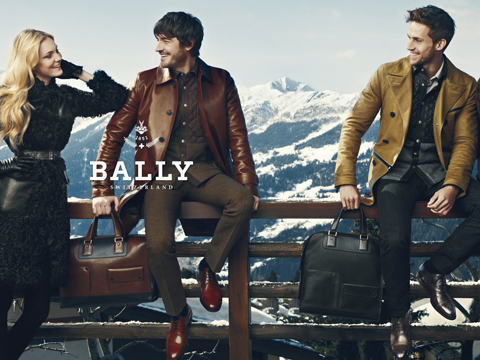 Bally, the Swiss luxury leather goods brand is heard to be returning to India in a joint venture with Reliance Brands Ltd, with plans to open its first store at the DLF Emporio mall in New Delhi in March 2017.

Under the terms of their agreement, the joint venture will invest in building a world class retail experience by investing in training of staff and opening stores.

The company will establish a network of stand-alone Bally stores across major Indian cities.

Frédéric de Narp, chief executive officer, Bally, said, "In the future, India is the most important country for us. We want to invest and develop the brand in India. Part of this turnaround strategy is the joint venture in India."

Bally first entered India in a franchise partnership with Bird Group, which has interests in travel technology, hospitality and aviation, but failed to make an impact in the Indian market.

de Narp added, "We have been working in developing this joint venture by developing the trust for the last few years."

He expects that the joint venture is with Reliance, a profitable company and a reliable retailer. In India, Bally will sell its entire range across men's and women's footwear and accessories. The new store will be part of the brand's global expansion which has seen the opening of two new concept flagships in Tokyo's Ginza and Los Angeles' Rodeo Drive this year.

As per Darshan Mehta, CEO, Reliance Brands, "The joint venture will open four stores in Delhi, Mumbai, Kolkata and Chennai in the next 3-4 years."

In its previous partnership, Bally which is part of JAB Holding Company, a privately held group known for its brands like Jimmy Choo, Krispy Kreme and Belstaff globally, "had underestimated the challenges in investing in India," admits de Narp.

He added, "Franchise is a challenging model.

Devangshu Dutta, CEO, Third Eyesight, a retail consultancy firm, said, "De Narp is looking at investing this time to build a healthy and sustainable business in India. To be sure, a majority of international retailers that have launched operations in India have come through the franchise route in the last 4-5 years."

Dutta added, "Franchise model is a low-risk approach for a retailer who is not entirely sure about the market. It is about experimenting and exploring the market. However, once they have committed they prefer to invest."