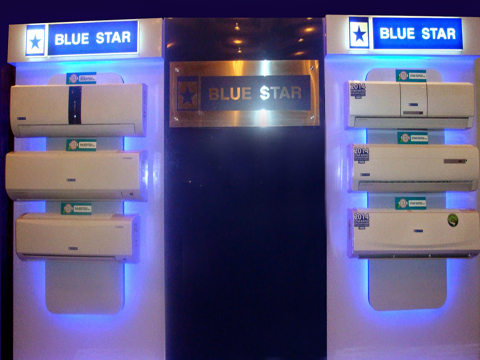 Currently having a market share of 11.5 per cent, Mumbai based AC maker, Blue Star,expects its market share in room air conditioners to expand by nearly 9 per cent to 12.5 per cent in fiscal 2018.

According to Blue Star’s management, an expected severe summer in 2017, strong demand from smaller towns and new products like its WiFi AC models and inverter split air conditioners which blows cool air in summers and warm air in winters, are driving causes for market share expansion in room air conditioners.

B Thiagarajan, Joint Managing Director, Blue Star’s, said, "The room air conditioners market in India grew 20 per cent between April and December 2016, while Blue Star outperformed the market with a growth of over 30 per cent. Blue Star expects to outperform the market in fiscal 2018 too, reaching a market share of 12.5 per cent."

To cater to the expected market demand, the company is enhancing its production capacity by setting up two additional units, one in Jammu and another in Andhra Pradesh. It currently has two factories in Himachal Pradesh.

Blue Star is expected to spend Rs 45 crore and Rs 33 crore on advertising and new product development in fiscal 2018.