Godrej Nature's Basket will increase its range of products, target more fresh produce besides frozen and imported products that give the firm almost 30 per cent of its revenue. 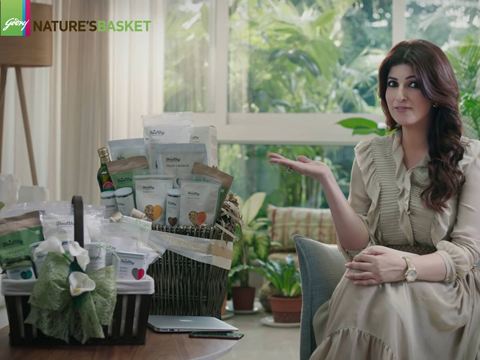 Godrej Nature's Basket, the retail venture of Godrej Group and one of India's foremost retail destinations for fine foods from across the world is said to be focusing on selected markets in the west and south of India as the firm looks to treble revenue in 5 years.

Avani Davda, MD, Godrej Nature's Basket, said, "We may exit markets such as Hyderabad as we look to penetrate the metros of Mumbai, Pune, and Bengaluru. There is scope for growth in these cities, allowing us to concentrate our resources there and not spread ourselves too thin by expanding into many markets."

Of the 35 Nature's Basket stores currently in operation in five cities, two are located in Hyderabad. The grocery chain, which currently has annual revenue of Rs 340 crore, may down its shutters in that city and instead look to double its store count in metros such as Mumbai, where it has 14 outlets. The Pune and Bengaluru count, currently at 3 and 10 respectively, may also increase in the future, Davda said.

The new store will be launched in April 2017 in central Mumbai, giving Nature's Basket access to the office district located there, company executives said. Plans are to target the western suburbs of the city as well as satellite towns such as Thane and Navi Mumbai, where Nature's Basket has no presence at all.

The retail chain will also increase its range of products, target more fresh produce besides frozen and imported products that give the firm almost 30 per cent of its revenue. A private label push is also on the cards, besides a ramp-up of its omni-channel and digital presence.