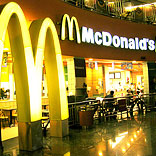 McDonald’s India is set to put in Rs 1,000 crore in the next three years to ramp up its store count. With a target of 250 stores in mind, they plan to reach a number of 500 stores. Of the 250 stores, 170 fall under Hardcastle Restaurants, the licencee for McDonald’s in west and south zones. The expansion is planned to be spread across India.

They will also be increasing procurement of potatoes from Gujarat from the existing 30,000 metric tonnes (MT) to 50,000 MT as a key ingredient for outlets across the country. Along with McCain, one of their key suppliers of potatoes for French fries and other products, they will be encouraging the farmers to grow potatoes with the latest technologies and seeds provided by them.

Confirming the same, Amit Jatia, vice-chairman of Hardcastle Restaurants, said, “The IEO industry in India is growing steadily at 15 per cent per annum. McDonald’s has a long-term view about the country. Through our partner McCain, we have provided latest technologies and new seeds to potato growers in Deesa (North Gujarat) and Kheda (Central Gujarat), mainly to the contract farmers.”