Online advertising market is expected to grow at 30 percent to touch Rs 3,575 crore by March 2015. 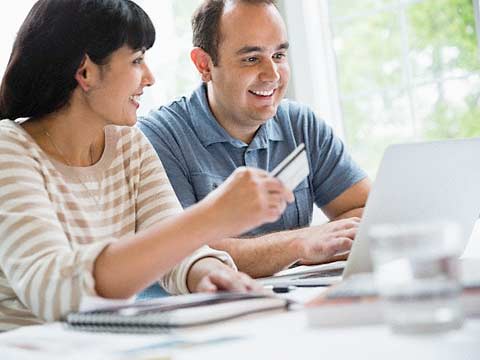 New Delhi: Rising marketing spend in sectors like e-Commerce, telecom, FMCG and consumer durables will help the online advertising market in India, which is projected to grow at 30 percent to touch Rs 3,575 crore by March 2015, a IAMAI-IMRB study today said.
According to the study, the online advertising market has grown from Rs 1,140 crore in 2010-11 to Rs 2,260 crore in 2012-13 and was estimated to be worth Rs 2,750 crore in 2013-14. The online ad segment is expected to grow at a compounded annual growth rate of 25 percent between FY’2011 to FY’2013.
The overall ad spend in the country across all media is Rs 38,598 crore as of 2013 with a year-on-year growth rate is 12 percent, with television accounting for 44 percent of the spend. ”The gradual increase in adaptation of Internet has opened the door to the marketers to go online and spend on digital advertisement.
With mobile devices becoming a predominant mode of Internet access among the users in India, this number is expected to increase (further). ”Although traditional media still holds strong ground in the Indian ad space, digital advertising is catching up fast and is expected to overtake traditional media within the next 5-10 years,” Internet and Mobile Association of India (IAMAI) and IMRB International said.
The high growth can also be attributed to increasing advertisement measurability, which is both quick and effective, it added. ”In addition to the increasing adoption of mobile devices, the increasing connectivity and improvements in broadband infrastructure will lead to increased investments in more content rich advertisements viz video and social media advertisements,” it said.
Digital ad spend on mobile devices stood at 14 percent, whereas on desktops and laptops at 86 percent. As of June 2014, there were 243 million claimed Internet users in India out of which 192 million are active users (use Internet at least once a month).
The growth in e-Commerce industry and their ad-spend in digital media is the highest, contributing close to 20 percent, followed by telecom and FMCG & consumer durables. The digital ad spends by the e-Commerce industry has been growing at a CAGR of 59 per cent since 2011 and stood at Rs 495 crore at the end of March 2014.
Spend by telecom stood at Rs 413 crore, followed by FMCG & consumer durables (Rs 385 crore), BFSI and travel (Rs 303 crore each).
Currently, search and display contribute 38 percent of the overall ad spends, followed by display ads (29 percent) and social media (13 percent). ”It is estimated that the proportion of spends on search advertisements will reduce and spends will increase on email, video and mobile ads,” it said.
Image courtesy: http://www.corbisimages.com/
Advertising
Online
Market
progress
Trending Article