Patanjali To Launch Garments Arm In 2019

Patanjali To Launch Garments Arm In 2019 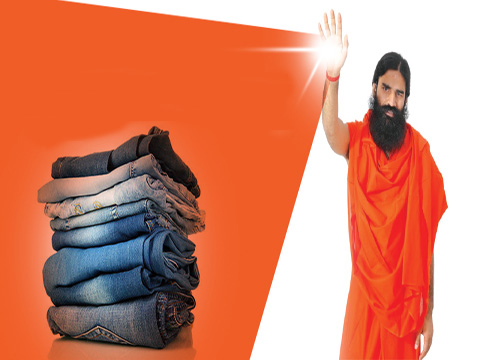 “People are asking me, when are you launching jeans of your company in the market. So, we have decided to launch garment products, including ethnic wear, catering to kids, men and women next year,” the 52-year-old yoga guru said.

Reportedly Ramdev also announced that his company, which is already in the business of cosmetic and food products, will also launch garments for sports and yoga.

He claimed that Patanjali Ayurved has been doing better financially year after year and will be the country’s biggest company in terms of turnover in the days to come.

Speaking of Patanjali’s fiscal policies, Ramdev said his company has not employed fat-salaried professionals but the people who are committed towards the work.

Ramdev, who has been featuring in his company’s advertisement campaign, said that the decision to not have big faces in the campaigns is saving a lot of money.

He said, “I get on to the camera and campaign for my brand. We have an emotional connect with the people. That is how despite not having big faces in our advertisement campaign, our brand was accepted by the people.”

He claimed that the Patanjali’s brands have already made their mark in the market due to its knowledge-based advertising.

He further said, “We are promoting knowledge-based advertising and not the glamour, unlike the multi-national companies.”

However, the yoga guru said he has already withdrawn himself from several advertisements and would be completely off from it (advertisement campaign) in the next few years.

Ramdev also announced that Patanjali would venture into other countries including economically weaker nations, and the profit would be invested back in that country.

Ramdev told reporters, “We are already in Nepal and would be venturing into more economically weaker countries. But we have decided that the money earned there would be invested back in the same country, without bringing it back to India. But in case of those countries which looted India, we will be making windfall profits and bringing them back to the country.”