Relaxo has almost 250 stores across the country and all their stores are Company Owned and Company Operated (COCO) but the company is planning to go on the franchising route in order to expand its retail footprint. 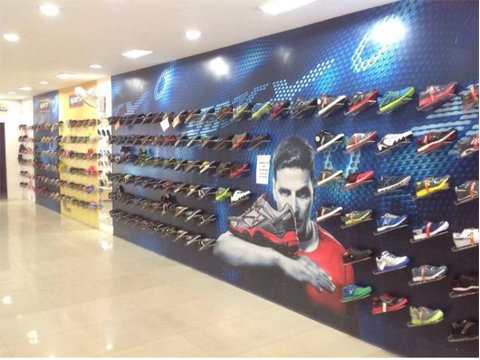 In 1976, two brothers Mukund Lal Dua and Ramesh Kumar Dua dreamed of taking their father’s footwear business to what Relaxo is today – one of the leading footwear companies in India. With its headquarter in Delhi and eight manufacturing units, Relaxo produces over 6 lakh pairs of footwear, every day. Relaxo to open 50 more COCO stores this year, to embrace franchise model to increase retail footprint Over a period of time, Relaxo has added many sub-brands under it’s brand portfolio like Sparx, Bahamas, Flite, Schoolmate and Relaxo Hawaii. Executive Director, Sales and Marketing, Relaxo Footwear Ltd, Gaurav Dua talks exclusively to IMAGES Retail about his company’s future prospects and how his brand has carved a niche for itself in the competitive footwear retail sector. “Prior to 2001 we had just one brand, Hawaii slipper brand, Relaxo. Post 2002, we launched Flite and in 2005 we launched Sparx. Then in 2014-15, we took another leap of faith and launched Bahamas,” he says. Talking about the sub-brands of Relaxo and how each one contributed to the success of the brand, he says, “Relaxo is a basic Hawaii footwear for the masses and a notch up from it in more printed and coloured pattern is Bahamas. Flite is fashionable footwear – light footwear, initially made for the masses.” “For Flite, we also launched a PU category, which has gained traction with both masses and classes. Then there is Sparx, which is a sports footwear brand and it has all premium products including floaters, sports shoes, and lifestyle shoes,” he adds. Bahamas start from Rs 150-250, basic Hawai is Rs 100 and sports shoes is from Rs 1,000-2,500, sandals – Rs 700-1,500- prices that are designed to keep the competition at bay Unveiling the market share of the brand, Dua says, “The total footwear industry is of Rs 55,000 crore and organised market comprises of Rs 10,000 crore of which we have a 20 per cent of market share.” Relaxo has almost 250 stores across the country and all their stores are Company Owned and Company Operated (COCO) but the company is planning to go on the franchising route in order to expand its retail footprint. The brand is strong in East and North and in West Maharashtra is the strongest market. In South, Sparx as a brand has good market recall. The brand has now started exporting to Gulf countries as well. Consumer & Tech Evolution in the Footwear Sector Talking about how Relaxo has upped its ante using technology, Dua, says, “1970 was the PVC era. Then came rubber and then EVA, which was revolutionary and now PU is back. The market is evolving and with that we also have to remain contemporary. Keeping this in mind, Relaxo has recently upgraded its logo. We need to be updated with fashion technology and be aware of global market trends.” Further talking about evolving consumer preferences, Dua adds, “Customers have evolved because of an increase in purchasing power and people are becoming more conscious. Now they need different footwear for different occasions. Even a normal middle-class person owns at least 8-10 different footwear whereas 10 years back they might have owned just one and all this has been very positive for our business as we cater to customers coming from all brackets of society.” High Streets Over Malls Talking about his future expansion plans, Dua, said, “We will open 50 more stores this year. We prefer taking high streets as rental in malls is not feasible for us. In smaller towns, we run on a distributor model and there Flight and our Hawaii slippers do really well. Sparx too has got a very good response from metros.”