JACK and JONES, VERO MODA and ONLY Opens Re-vamped Flagship Store in Mumbai 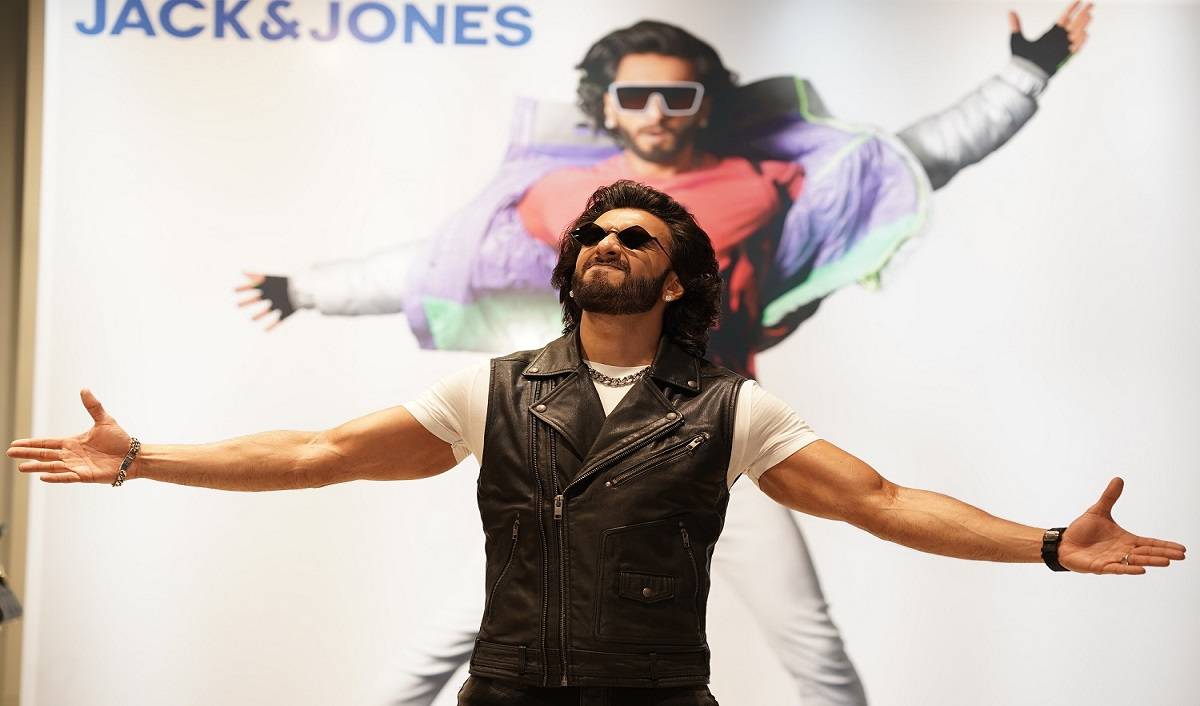 Leading European fashion house JACK and JONES, VERO MODA, and ONLY launched its newly revamped store located at Linking Road, Mumbai on a grand note. The launch of the event was kick-started by Bollywood’s superstar and JACK and JONES India’s Brand Ambassador – Ranveer Singh, whose high-octane energy made for a truly euphoric experience.

As the curtain screen played the latest JACK and JONES campaign film titled ‘Don’t’ Hold Back 3.0’ starring Ranveer Singh himself, he descended via a JACK and JONES branded swanky cherry-picker, which made for nothing less than an iconic entry. He set the adrenaline pumping as he enthralled the crowd with his larger-than-life performance, and then proceeded to unveil that newly revamped store. That’s not all! Giving the crowd another reason to enjoy was his performance with popular rap artists such as Devil The Rhymer, SlowCheeta, Spitfire, and Kaaam Bhaari, who have in the past been associated with the brand JACK and JONES.

Adding to this high-octane store opening was an exclusive preview and star-studded party that saw the who’s who of the fashion and entertainment industry, the media fraternity, fashion influencers, and digital disruptors. Guests were also graced by celebrities who attended the store launch too. With jaw-dropping performances by talented artists such as Zaeden and Kayan, the guests were treated to a first-look and walkthrough of the swanky new store whilst grooving to the music.

While entertainment took the front seat for the night, the store never failed to live up to the expectations of onlookers and everyone present. Spanning 3 floors, the landmark store set new benchmarks in fashion retail by becoming home to South Asia’s largest transparent curtain screen. With a plethora of immersive in-store shopping experiences, the store is pegged as a one-stop shop for a new generation of fashion-conscious consumers and style enthusiasts in the city. Its interior highlights minimalistic visual language set against indoor foliage to bring out the uniqueness of all three brands. To elevate one’s shopping experience further, the store is equipped with state-of-the-art amenities such as WIFI, super-cute ‘Instagrammable’ corners, shoot-friendly lighting, and boasts of an in-store café that doubles up as an alfresco coffee joint, and a smart workstation!

Each brand has its own designated floor space, with contemporary womenswear brand - VERO MODA situated on the ground floor, JACK and JONES on the second floor, and ONLY on the topmost floor. Cozy sitting areas near the trial rooms make for a truly comfortable and enjoyable shopping journey.

Vineet Gautam, CEO and Country Head, BESTSELLER India said, “Our JACK and JONES, VERO MODA and ONLY store on Linking Road has been a landmark for over a decade. Now, as we move on to our next phase of retail expansion, it was time to revamp the store and offer an elevated store experience to cater to the evolving needs of our customers. The store was launched by Bollywood superstar and our brand ambassador for JACK and JONES, Ranveer Singh, who did not hold back and ensured we had an electrifying night. One that a lot of us will remember for a while to come. Very excited to open the doors to our customers today and cannot wait to see and tap on their response.”

Euphoric excitement, disruptive fashion, and Ranveer Singh’s bold and uninhibited persona came together like never before as attendees were treated to a one-of-a-kind store launch experience. Located in one of the most bustling areas in the city, the landmark store stands out as an iconic edifice in the neighborhood.