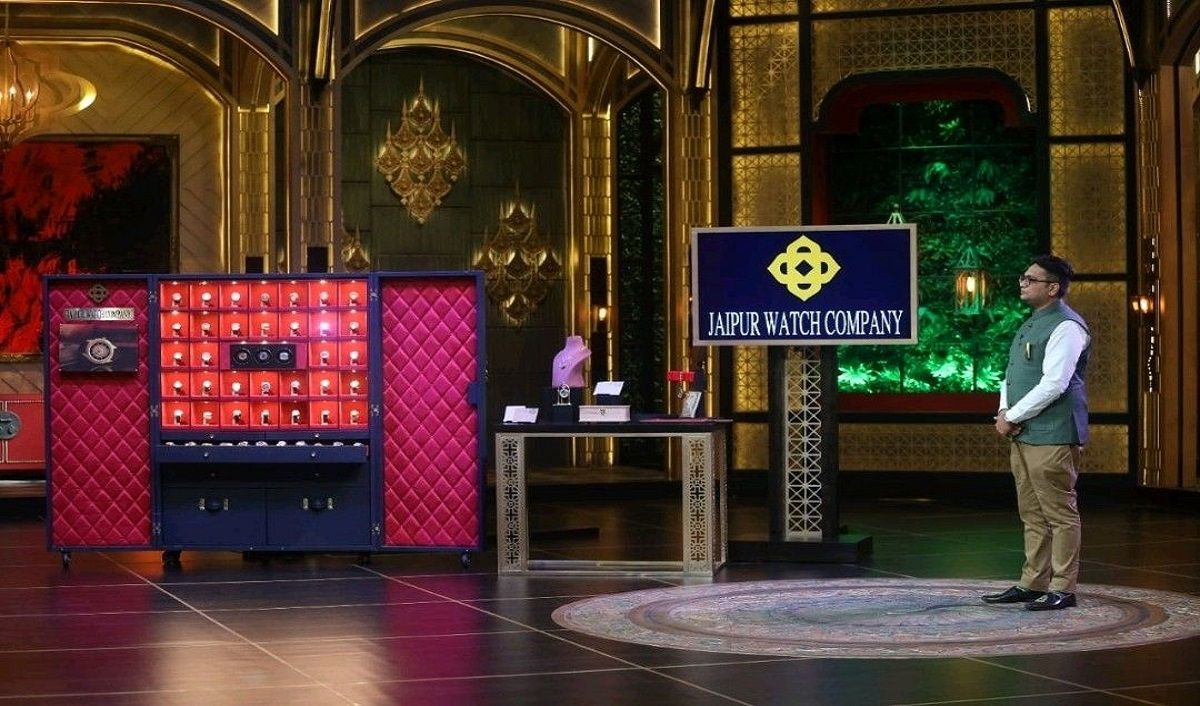 Jaipur Watch Company, India’s first micro-luxury watch brand, was started in 2013 by Gaurav Mehta. The brand sells its products through online marketplaces and its own website. The company doesn’t merely produce watches but also taps into the rich Indian heritage and history (a specific design uses last British India’s coin as its highlight) by reflecting the same on their designs. Corporate figures, prominent celebrities, and even the PM of India have bought their product.

Gaurav hails from Jaipur and has a hobby of collecting ancient coins and later founded a company that had Indian history attached to it. He introduced these watches as India’s luxury brand and less dependent on imported ones.

In his latest pitch at Shark Tank India, Gaurav presented his ask of Rs 50 lakhs for 2 percent equity, following his dream of establishing a space for an Indian luxury brand in the market.

The annual sales of the company for the financial year 2021-2022 were recorded at Rs 1.07 crore, with the Pret category garnering 80 percent of the total sales and the remaining 20 percent by Bespoke. Jaipur Watch Company’s operating revenues range is under Rs 1 crore for the financial year ending on 31 March 2020 and its EBITDA had increased by 74.59 percent. The gross margin of the business is listed at 75 percent and the net margin is at 25 percent.

Gaurav failed to secure the deal from the Sharks. However, all of them said that while the success of this excellent attempt will boost India’s reputation and international acclaim, with the introduction of sophisticated smart watches and their distribution, which have grown commercially, they should establish their own stores to advertise the fact that they are designers.

Speaking about his experience on Shark Tank, Gaurav Mehta, the Founder of Jaipur Watch Company said, “It was a metamorphic experience to be debuting my brand on a global show. I learned a very valuable lesson from the sharks that lay impetus on the importance of having retail outlets in an era when everything is virtual. We immediately took up the learning and opened two stores, in Delhi and Jaipur, right after the episode. I am very happy to share that Anupam Mittal has become our client and ordered two watches from us. He recently got a watch made for Mr. Amitabh Bachchan and gifted him on the sets of KBC. In addition to this Jaipur Watch Company’s website got over 50000+ visitors overnight and also gained 1000+ followers on Instagram.”