We wanted to further digitize and scale anything that was related to fashion, and then put it on a platform that is accessible to many, says Praveen Sinha. Co-founder, MD,Jabong.com 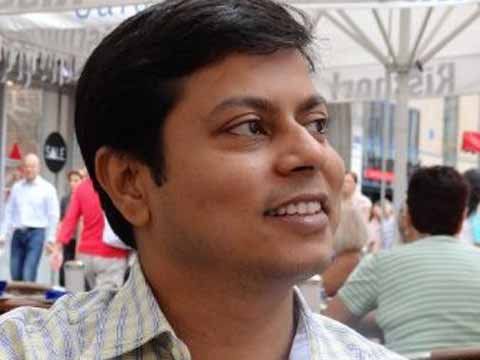 What is the objective behind Jabong Online Fashion Week?

When we started the concept, there were two strong thoughts behind why we should do it. First, obviously, was that Jabong stands for fashion. We wanted to introduce fashion in a way that it reaches all parts of the country, and hence, online fashion was what we stood for. We wanted to further digitize and scale anything that was related to fashion, and then put it on a platform that is accessible to many. That is where the concept of Online Fashion Week came from. We have also introduced our magazine called “Juce” in an application form, which is something that no one really has done. So, you see a lot of our initiaves in that direction where conventional thoughts are being innovated on and brought in a digitized way, which can be consumed by the end-user in a very user-friendly way and scalable way. So, that was one aspect.

The second aspect is mainly inspired by the talent shows that happen in the music industry, where people knew that we have talent all across the country. But there are only a few pockets where you could showcase that talent, and then one has to go through a very tough and struggling path to achieve success. Those talent shows proved that the singing talent was all across the country, many celebrities were born because of that and many created their own career opportunity by the talent they had. So, I had this question that why we cannot do similar things for fashion. Because in India, you will see, fashion is not very well accepted as a career option. If we could create such opportunities, be it in designer wear, or fashion photography, or styling (make-up, hair), or modelling – there are so many aspects to it – then why not.

What are the criteria behind selection of the talents from across the country?

Even in smaller cities and towns if you have the talent, you can upload your work. There would be a pool of judges who have done it; they will scale your performance, select, and mentor if required. So, how do we make it scalable was the question. And we did it. Last year we had huge participation, this time around we have surpassed expectations from our last year’s show also. That happened because we could prove we were able to sell our product, and created successful careers out of upcoming new talents. That was broadly the thought that drove us to do the fashion week.

So it is focused on giving exposure opportunities to the talent, may be even going International by way of your brand?

That is the idea, that with so much creativity around, how we can create a pool which starts displaying and showcasing to the world. For instance, Dorothy Perkins, the International brand that Jabong has collaborated with, have sponsored an award where the winner will go to London with their team. So, again a huge opportunity for both. By amalgamating what we as a culture, colour, the aspirations, the styling sense that we have and the people abroad, can easily happen. So, definitely that is one of the areas we are working on and we had our initial success in our second season itself, with huge participation coming in from all sides.

Could we say e-commerce players are increasingly getting into fashion events to increase their visibility?

Yes, but it again has two aspects. The first is what you have mentioned, Branding is there for sure, and the second, the more important is how we would end up encouraging the overall ecology. And this is just the beginning. For example, a fantastic hairstylist from a remote area would not know the How’s, Where’s and the Who’s. Now, there is a competition, a window where they can come. If the talent is good, they would be groomed and brought up the radar. I would say the whole ecology will evolve because of this. Branding, well, it always happens because we engage with our audience we are targeting. Fashion is something which we cater to and we are sponsors in Lakme Fashion week as well. We would never create which already exists; we will create which adds to the whole system, and hence the concept of an Online Fashion Week and not any other fashion week.

Where do you want to take this initiative from here?

I want this to definitely become a platform where all the fashion related and associated people think that there is something for them to connect with, including the talent that wants to showcase it, and celebrities, successful designers, people in the Indian Fashion Industry who have actually put in a lot of effort to reach where they are. We have also seen tremendous support from them, because they also want to contribute in some way or the other. There is an element, or aspect where they want to pay, because they have been through the struggle and do not want any one talented to go through the trouble that they have. Those who are successful support us; those who want to showcase their talents support us. To make it sustainable we will have a back-end in terms of supporting and producing new designed products which will become successful for the customers as well. So, we have a well-thought strategy behind it. Success will depend on the teams and deliveries, which for the last two seasons has been amazing. The second show is for you to see, isn’t it a mind-blowing response.