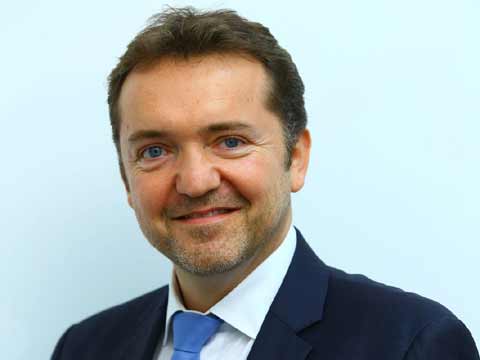 Nissan showcased the new X-Trail during the recently held Auto Expo in the city. Soon to be launched in India after the earlier model was phased out in 2014, citing low demand as a reason, X-Trail is leveraging the love Indians have for SUVs. Before its actual launch, India will see Nissan’s flagship GT-R sportscar, one of Nissan’s iconic flagship models and second in line after the sports utility X-Trail, cruising the Indian roads.

As the Japanese carmaker is all set to bring its global products to India, it will focus more on premium dealerships. Right now, both Nissan and Datsun are sold from under one roof, but the global team says a facelift is on the cards after the latter’s Go Cross launch, which is expected to change the under-5 lakh-hatchback game. Retailer spoke to Guilliaume Sicard, President, Nissan about his plans for the Indian market, and here is what he said:

With X-Trail and GT-R you would change brand Nissan’s position in the market. Is India ready for that?
X-Trail would be our answer to how India will demand SUVs in the future. We wanted to be different in terms of excitement and innovation. X-Trail is a car that defines us completely; it tells India who we are in terms of technology and know-how. As India is speculative to fully accept models that are hybrid and based on complicated technologies, it is also a country which is increasingly accepting Global brands.

What is going to be Nissan’s market share five years from now?
By 2020, we will have a market share of 5 per cent and I’m positive about that. Not only Nissan, but our other brand, Datsun will also contribute to it. Nissan is catering to the mature markets in India and Datsun is for the aspirational class, the new breed of car buyers. We have different strategies for both the brands going forward because they will create different experiences, but we do look forward to capturing 5 per cent of the total market.

How important is the India market for you?
It’s very important. Combined with our alliance partners, we sold 8.5 million vehicles in 2015. Of those, Nissan sold 5.4 million vehicles globally. Out of which 1 million cars were sold out of with our India alliance. Our dealer networks here are evolving and expanding their reach. We already have 200 partners with us and with two of our global models coming to India this year, the experience could not be better. We will launch the GT-R in September this year followed by Xtrail Hybrid and are expecting to touch the mature Indian markets. This year, you will see a more assertive Nissan, which will demonstrate the fact that Nissan is progressing in this country.

Will you locally manufacture Xtrail Hybrid in India?
We will decide that in the coming future depending on the demand from the market, but as of now it will come on CBU (shipped/ imported from its origin country) form in the early days. The new product that we launch on the ReadyGo, under brand Datsun, will be fully made and developed in India.