In future 25-30 percent of retail will happen through digital: Ashish Chauhan, BSE 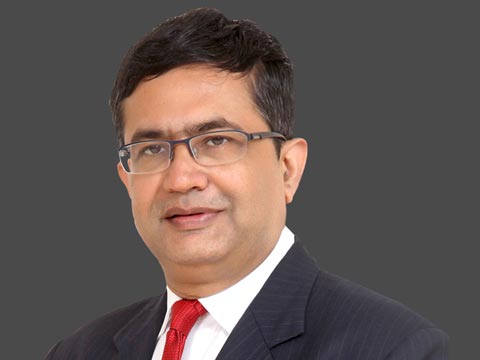 Ashish Chauhan, MD & CEO, Bombay Stock Exchange believes that in the current times technology is the only catalyst of change in retail while citing the example of how volumes of trading transactions at BSE have shot up exponentially over the years. Tech is rapidly changing the form of conducting the retail businesses across the world. It is thus enabling ecommerce to evolve rapidly with the pace of speed of change. According to him online, offline and phygital will be the future of retail with their balance will continue to shift over a period of time.

How retail business can be reframed with technology?

In consumer retail any business gets reshaped by modern age technologies. The consumer retail happening 100 years back was very different from how it was 500 years back. The technology of shipping has changed the way of conducting business over the years. The telephones and printing technology started catalogue retailing in US and in other countries and then supermarts and hypermarts started coming in lately with large amount of goods started getting shipped and manufactured across the world.

While, retail gets shaped by many influences including changing laws and regulatory compliances, most importantly, it gets changed due to technology. The ecommerce oriented retail will continue to evolve with rapid pace of speed of change.

How technology has enabled in the volumes of trading transactions at BSE?

Trading transaction volumes at BSE has gone up from 200cr in the period of Harshad Mehta to 20 lakh crore currently. Basically, the technology has become easier. With automation, people have been transacting more therefore trading volumes have gone up by 5,000 to 20,000 times across many exchanges in the world. This has also led to emergence of commodities, currencies, carbon management and other exchanges.

It’s a 2 percent online ecommerce and 25 percent digitally influenced buying so what would be the move in the future?

Somewhere down the line there is a physical requirement of people to experience things so online and offline will remain together for sometimes to come. Will the equilibrium be established between pure digital and somewhere in between is what remains to be seen. Though currently it is 2 just percent of buying online but the growth could be much higher on the digital further,than the growth in physical retail.

Over a period of time probably 25-30 percent of the retail will happen through digital and few companies would end up capturing that value chain than that ends up becoming very large sort of influencer on pricing and logistics and all.

Do you suggest that phygital will acquire more volumes?

Phygital will also have very large proportion of volumes. Pure non-digital physical retail may slowly shrink but it will not completely wipe out because the economies at which that business works, the digital, which is centralized, may not be able to reach there. So, I think all three channels will continue to work with their balance to shift over a period of time. Thus, in future whoever will be able to crack omni-channel integration will be able to create billions of dollars of wealth going forward.

How cloud technology can come to the rescue of small retailers?

In contrast to large vendors, many small retailers are not been able to set up the technologies and interface it with their partner’s technology because it is expensive. But, cloud technology can enable seamless interfacing with your partner vendors and provide solutions in very real time even though they are not tech savvy and cannot invest in expensive technology.