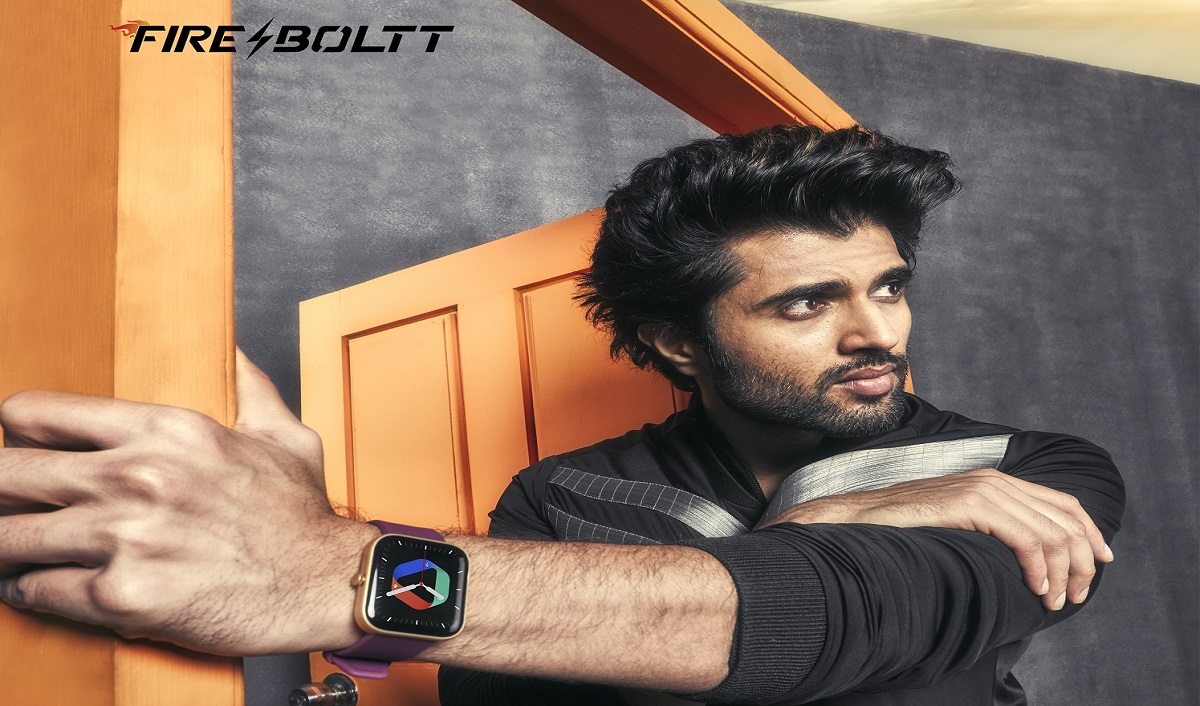 Homegrown wearable and audio brand, Fire-Boltt announced the appointment of leading Indian actor and film producer Vijay Deverakonda as its new brand ambassador. Alongside cricketing legend Virat Kohli and actors Vicky Kaushal and Kiara Advani, Vijay will participate in Fire-Boltt’s commercial marketing efforts and will help in establishing its presence in the Indian market.

The pan-India star will be a part of different marketing, ad, and endorsement campaigns of Fire-Boltt which has grabbed the first spot yet again in the Indian smartwatch market with a market share of 28 percent. The partnership demonstrates the homegrown brand's dedication to offering its customers fashionable yet cost-effective smart wearable choices.

Vijay’s persona resonates with the brand identity and will be an inspiration to numerous young fans. The association with him will not only help the brand build a presence in the southern market but increase brand penetration and engagement with the young generation across the country due to his pan-India fan following.

Fire-Boltt has also been ranked #4 Globally which resulted in India’s Smartwatch Market taking the second spot for the first time in Q2.

Arnav Kishore, Founder, and CEO at Fire-Boltt asserted, “We are delighted to collaborate with Vijay Deverakonda. We see an evolved lifestyle for everyone, ushered in by lifestyle gadgets like a wristwatch, and Vijay's outlook, paired with his fitness quotient and sense of style, is in line with that. He will help us connect better with the younger generation as he commands a massive craze among the youth across the nation. We want a smartwatch on every wrist in the aftermath of the new normal, just as having a cell phone in every hand is a reality now. A step in that direction is our partnership with Vijay, which we have already taken with our existing association with Virat Kohl, Vicky Kaushal, and Kiara Advani."

Aayushi Kishore, Co-Founder, Fire-Boltt, said, “We believe in developing an ecosystem that responds to consumer expectations with specially produced goods that are both cutting-edge and fashionable. Vijay will be crucial in helping to make us one of the most well-known and reputable companies in the smart wearables market. We are therefore moving at full speed to take advantage of this chance and further enter the southern market with absolute control.”

They further added, “With the team’s constant support we have yet again become the no.1 brand in the smartwatch market and will continue to be the biggest in the industry. Not only this, Fire-Boltt became the 4th largest brand internationally behind established brands such as Apple, Samsung, and Huawei with global smartwatch market growth to 13 percent YoY in Q2 and will achieve bigger milestones in the future.”

Customers can easily access Fire-Boltt’s products from different parts of the country. The brand has a strong presence across leading online channels including Amazon, Flipkart, Myntra, Tata CLiQ, Nykaa, and Paytm. It has an offline presence in more than 750+ cities through modern trade outlets, all national and regional LFR including Croma, Reliance, and Vijay Sales, and all large regional retailers including Poorvika, Sangeetha, etc. The brand has a presence through its own e-commerce website and aims to scale up its contribution to overall sales in the near future.

Fire-Boltt has recently launched over 30 smartwatches over the past few months and has also announced its expansion plans to newer markets beyond India, including the Middle East and Europe post receiving a phenomenal response on the entire product line-up from the UAE market.