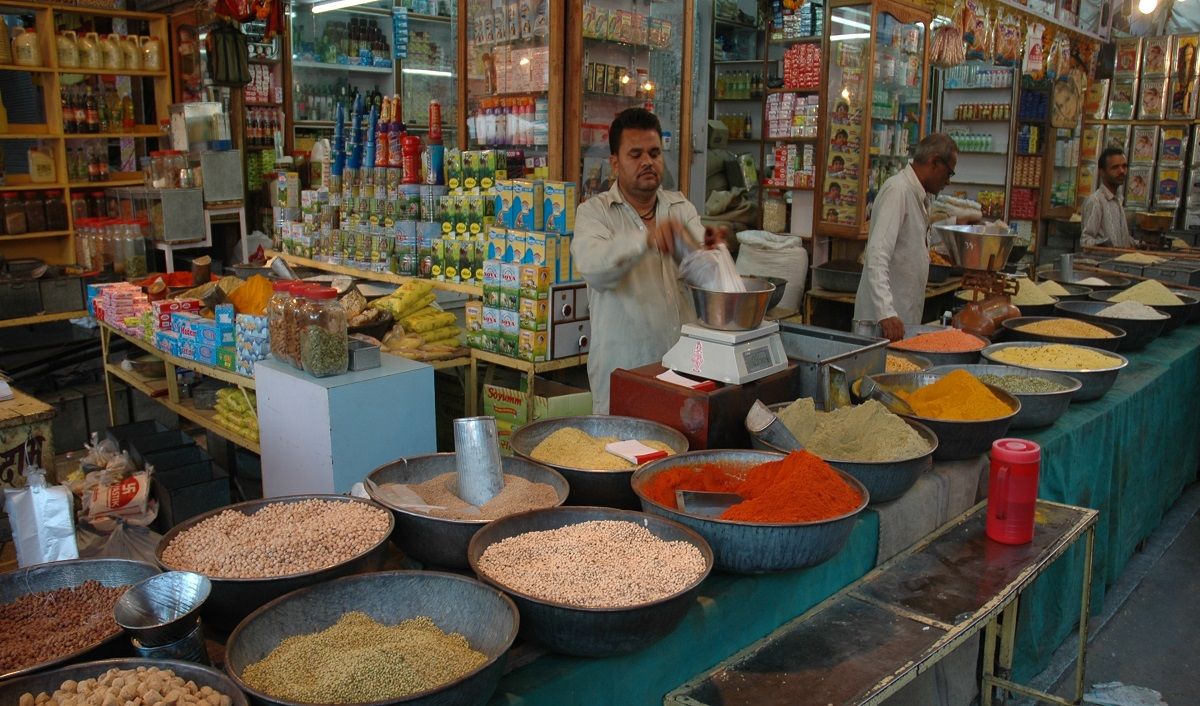 Spends across discretionary products increased for 11 percent of the families, demarcating the highest in the last five months. Moreover, local Kirana stores continue to remain the top choice for everyday grocery shopping, a view of 86 percent.

Axis My India’s latest survey, India Consumer Sentiment Index (CSI), reveals that sentiments have improved across all 5 sub-indices. The November net CSI score, calculated by percentage increase minus percentage decrease in sentiment, is at +09, from +08 last month reflecting an increase by 01 point.

“India's steady economic growth and hints of sinking prices have resulted in recovery in consumer confidence. The month-long celebrations have served to amplify this spirit. Convenience and concessions also continue to influence consumer attitudes toward purchases and the demand for goods and services. Online apps are gaining ground in consumers' minds even as local kiranas continue to meet the demand for everyday grocery shopping,” said Pradeep Gupta, Chairman and MD, Axis My India.

He further added, “While rebates and discounts are triggering budgeted purchases, the sale of big-ticket items are still restricted. Therefore while overall spends provide a positive outlook, one can witness novel behaviors of splurging and scrimping pertaining to categories and mode of purchase.”

Highlights of the Survey: 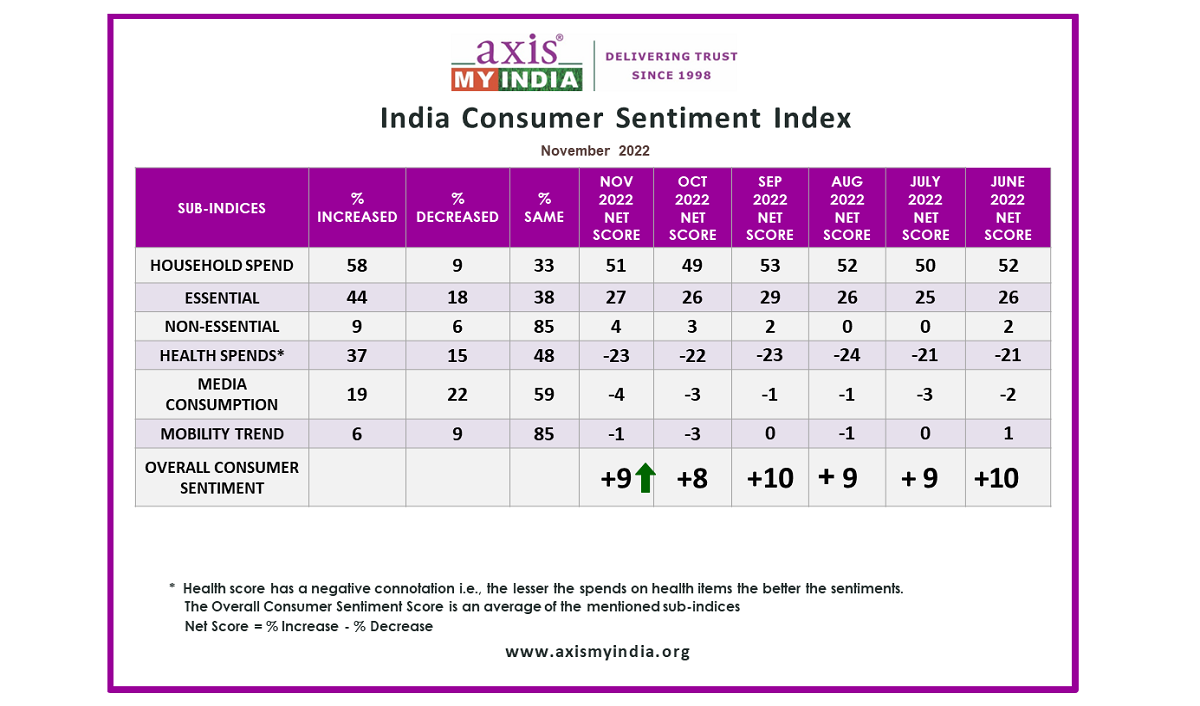 The survey further indicates that 86 percent of households prefer to get their daily groceries from nearby ‘Kirana stores,’ while only 2 percent use internet apps to do so. Amongst online apps, 17 percent of the consumers use Amazon for grocery shopping, while 15 percent utilize Flipkart, however, 8 percent favor Jio Mart

Deep-diving into Mobile phone preferences, the survey found that 15 percent consider RAM as the most prominent feature while buying it while 14 percent each consider the brand and the price of the device as important parameters. Camera quality was reported to be an important concern for 11 percent.

This month’s CSI report found that 32 percent believe that the relevancy of cricket as a sport continues in spite the quantum of matches being aired. 27 percent are excited to watch all the matches of the upcoming T-20 Cricket World Cup.