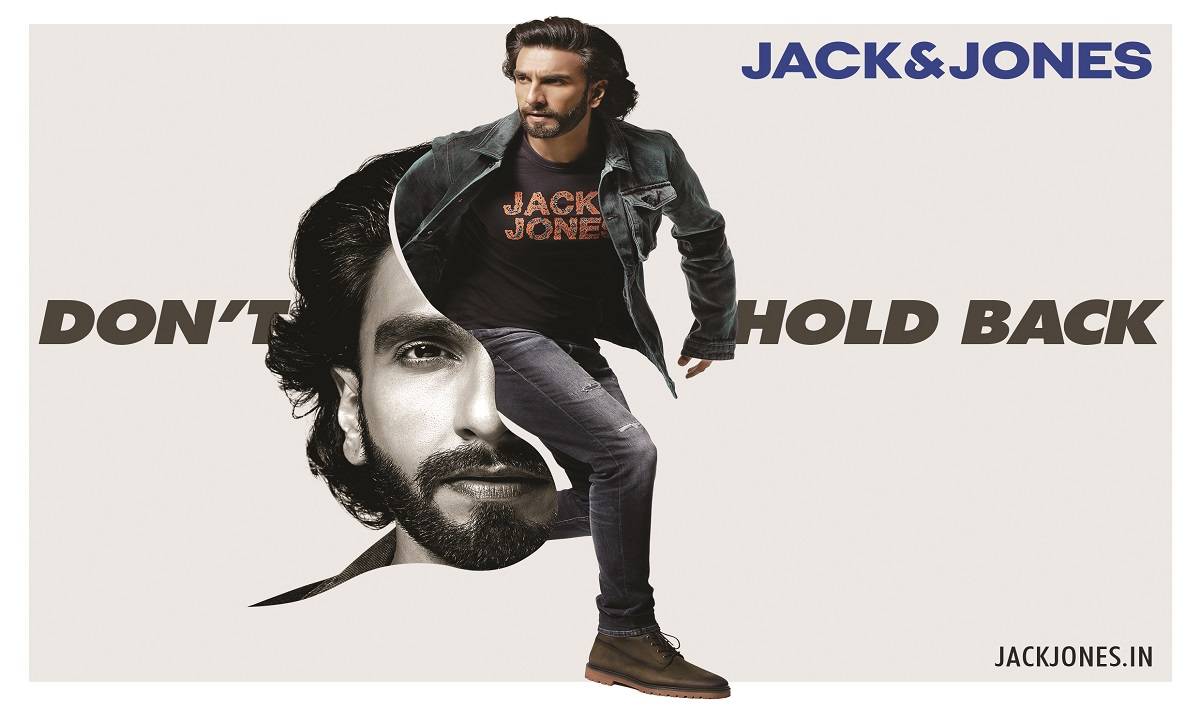 JACK and JONES and Bollywood superstar Ranveer Singh team up to break the rules of fashion with DON’T HOLD BACK 3.0!

Assembling all the rule breakers and the rebels, the outsiders and the oddballs, the misfits and the mavericks, contemporary menswear brand JACK and JONES launches one of its biggest campaigns of the year with India’s biggest fashion icon and Brand Ambassador Ranveer Singh. Titled 'DON’T HOLD BACK 3.0’, the campaign is a celebration of undaunted authenticity and individuality. DON’T HOLD BACK 3.0 picks up from where it left off - channeling fashion as a means of self-expression.

JACK and JONES has always been at the forefront of high-on-trend fashion. Kick-starting the festive season, the brand elevates its positioning further with a high-octane campaign film. The film opens in an everyday setting - a bunch of corporates and working professionals going about their daily routine, dressed as per the norms. Enter the protagonist Ranveer Singh who embodies the ‘Don’t Hold Back’ spirit - he stands for what he believes in, embraces his inner self, and encourages everyone around him not to hold back from their authentic self.

Styled in statement pieces from the latest collection by JACK and JONES, Ranveer completely transforms the setting from an ordinary day to an extraordinary extravaganza. To the backdrop of an upbeat soundtrack that celebrates non-conformity and inspires an out-of-the-box attitude, the film showcases how anyone can transform a situation from drab to fab by just being their true and unique self and defining it their own path rather than following the one that has been created.

Vineet Gautam, CEO and Country Head at BESTSELLER India, said, “We are more than thrilled to have the country’s biggest superstar, trendsetter, and fashion icon - Ranveer Singh, team up with JACK and JONES once again. With DON’T HOLD BACK 3.0, we plan to go bolder with our collection, bringing in edgy, contemporary street style looks that resonate with the brand’s core essence of not being afraid to hold back! We are super excited to introduce the third video of the #DONTHOLDBACK campaign, which celebrates Ranveer’s unmatchable zeal, energy, and enthusiasm.”