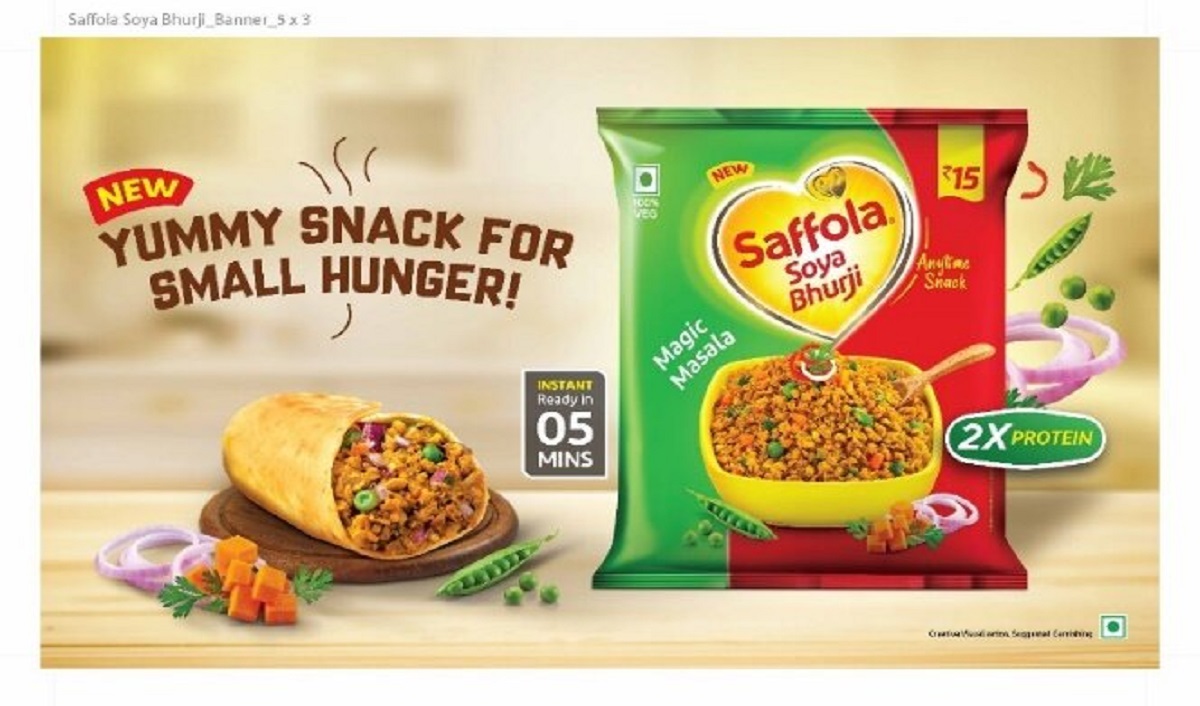 Marico Limited, one of India’s leading FMCG companies, has expanded its plant-based protein portfolio with the launch of Saffola Soya Bhurji — a delicious, protein-rich snack that can be prepared in just 5 minutes. This latest innovation is in line with Marico’s aim to strengthen its foothold in both the healthy foods and ready-to-cook segment in India with products that cater to the needs of consumers today.

For too long, it has been said that in order to be healthy, one must compromise on taste. Therefore, there is a sizeable demand for healthy yet tasty snackable items, which score high on convenience as well. Recognizing this need, Marico Limited, under its Saffola portfolio, has been striving to create products that are not only healthy but also cater to the taste palate of India. Taking this a step further, the company launched a first-of-its-kind, soya-based tasty, instant snack. Previously, the Company had launched Saffola Mealmaker Soya Chunks marking its entry into the plant protein category. Saffola Soya Bhurji is the result of Marico’s drive to constantly innovate, keeping in mind the ever-changing consumer trends.

Sanjay Mishra, COO - India Business and CEO - New Business, Marico Limited said, “Saffola has become a mainstay in the Indian healthy snacking market. In line with its promise of providing healthy products that don’t compromise on taste, we have launched Saffola Soya Bhurji. With the plant-based protein phenomenon growing rapidly in India and consumers seeking healthy protein-rich convenient options, our latest innovation will become a go-to snack for them.”

Saffola Soya Bhurji has been launched in the versatile Magic Masala flavor. It packs an immense 12.6 gm protein per serving— giving 2X protein as compared to any other popular packaged snacks, making it a power-packed snack for any occasion. It comes in a 35 gm pouch priced at Rs 15. It has been launched in West Bengal, Delhi, and Mumbai across general trade. The product will be available across the country in a phased manner. The pack also comes with an easy marker for water, which can be used to prepare the Bhurji. It is also available across modern trade and major e-commerce platforms.

With this launch, Marico Limited aims to become the go-to choice for health-conscious individuals while consistently delivering superior quality that Saffola, as a brand, is known and trusted for. Marico has been constantly innovating and strengthening its position in the healthy foods category over the years by launching healthy products that don’t compromise on taste.