Ever since its inception, Springfit Mattress has had a customer-first approach. 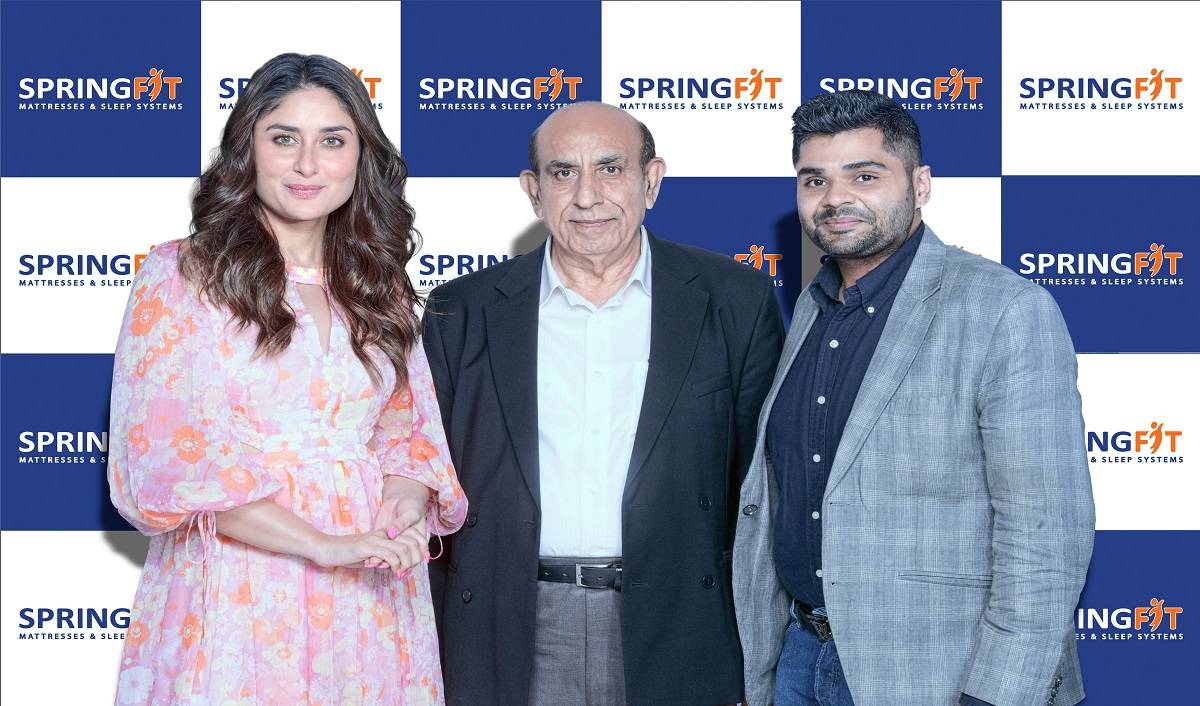 Proceeding with its omnichannel expansion in PAN India, Springfit Mattress, Asia’s Premium mattress pioneers and advocates of the good night’s sleep movement in India is planning to open 150-200 Springfit Lounge showrooms in the next 1 year.

The company has also recently announced signing the renowned Bollywood actress and youth icon Kareena Kapoor as its brand ambassador. The company will be soon launching a series of 360-degree marketing campaigns for their consumers to promote and make people aware of the importance of choosing the right mattress to ensure a peaceful sleep.

Under the fruitful leadership of Executive Director, Nitin Gupta, Springfit Mattress further cements its vision of doubling its revenue to Rs 1,000 crore, over the next five years. The company has already been producing 5 lakh mattresses annually from its five manufacturing units based in Haridwar, Meerut (2), Vadodra, and Coimbatore and aims to double it with its recent expansions and technology upgradation. Springfit’s range of mattresses goes beyond spring mattresses and includes imported latex mattresses, memory foam mattresses, pocketed spring mattresses, Back support Orthopedic mattresses, and complete bedding products including mattress protectors, body pillows, feather pillows, memory foam contour pillows, etc.

Nitin Gupta, Executive Director, Springfit Mattress said, “Mattress, furniture, and high-priced home décor are sectors that still see a preference towards offline purchases since the purchase decision is heavily dependent on a touch-and-feel element. With something as unique as our Certigaurd technology, the natural next step was to set up multiple touchpoints for the consumer. While we were looking for a brand ambassador, our focus was on a face who could identify with our motto and help us spread the right message among the masses. Kareena Kapoor is not only a youth icon but also a fitness enthusiast who believes that it is important to adopt a correct sleep pattern for a healthy state of mind.”

Ever since its inception, Springfit Mattress has had a customer-first approach. All products are developed with the aim of improving the lives of their customers which is evident in their designs, be it that of their mattresses or pillows, all of which are developed with their highly automated and certified technology. Good sleep has been an undervalued concept in the Indian household but Springfit Mattress for the last 14 years has been making a constant effort to make people aware of the importance of good sleep, for physical & mental well-being and therefore, has been innovating and promoting sleep solutions through its range of mattresses and pillows.

Over the decade, Springfit Mattress has achieved milestone after milestone; from becoming one of the most loved brands in the marketplace to clocking a revenue run-rate of Rs 250 crore. With this expansion, Springfit Mattress scripts its next chapter as not just India, but Asia’s sleep solution disruptor revolutionizing the way people sleep.