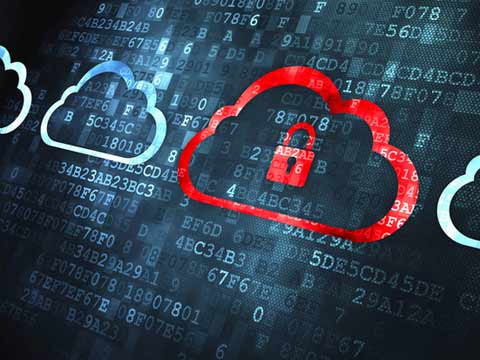 Recently the American computer security software company Intel Security has come up with a research report called ‘Blue Skies Ahead? The State of Cloud Adoption.’ It is a global report that highlights the need of technology service providers to help businesses, government and consumers understand the implications surrounding the splurging need of the cloud in their day-to-day operations.

With a majority (77 per cent) of participants noting that their organisations trust cloud computing more than a year ago, just 13 per cent completely trust public cloud providers to secure sensitive data. These findings highlight improved trust and security that are critical to encourage continued adoption of the cloud.

Commenting on the same, Raj Samani, CTO, Intel Security EMEA told Retailer Media, ““This is a new era for cloud providers. We are at the tipping point of investment and adoption, expanding rapidly as trust in cloud computing and cloud providers grows.”

As we enter a phase of wide-scale adoption of cloud computing to support critical applications and services, the question of trust within the cloud becomes imperative. This will become integral into realizing the benefits that cloud computing can truly offer, Raj added.

In today time, cloud already has a significant impact on the daily lives of many people and businesses and the activity performed on digital devices such as smartphones, tab, laptops etc are leveraging cloud computing in some way or the other.

The increasing use of the cloud is underscored by this survey, which found that in the next 16 months, 80 per cent of respondent IT budgets will be dedicated to cloud computing.

The survey results also highlights a bunch of other aspects of cloud computing space. Here is the list of 6 outcomes of the above mentioned survey:

Security and Compliance
A majority of respondents (72 per cent) list compliance as the primary concern across all types of cloud deployments, and only 13 per cent of respondents noted knowing whether or not their organizations stored sensitive data in the cloud.

Security Risks and the Cloud: Perception and Reality
More than 1 in 5 respondents expressed their main concern around using SaaS is having a data security incident, and correspondingly, data breaches were a top concern for IaaS and private clouds. On the contrary, results found that less than a quarter (23 per cent) of enterprises was aware of data breaches with their cloud service providers.

The C-Suite Blind Spot
High-profile data breaches with major financial and reputational consequences have made data security a top-of-mind concern for C-level executives, however many respondents feel there is still a need for more education and increased  awareness and understanding of risks associated with storing sensitive data in the cloud. Only one-third (34 per cent) of respondents feel senior management in their organization fully understand the security implications of the cloud.

Shadow IT, Risk and Opportunity
Despite IT departments’ activity to cull shadow IT activity, 52 per cent of the lines of business still expect IT to secure their unauthorized department-sourced cloud services. This lack of visibility into cloud usage due to shadow IT appears to be causing IT departments concern when it comes to security, with a majority (58 per cent) of respondents surveyed in Orchestrating Security in the Cloud noting that shadow IT has a negative impact on their ability to keep cloud services secure.

Security Investment
Cloud security investment varies in priorities across the different types of cloud deployment, with the top security technologies leveraged by respondents being email protection (43 per cent), Web protection (41 per cent), anti-malware (38 per cent), firewall (37 per cent), encryption and key management (34 per cent), and data loss prevention (31 per cent).