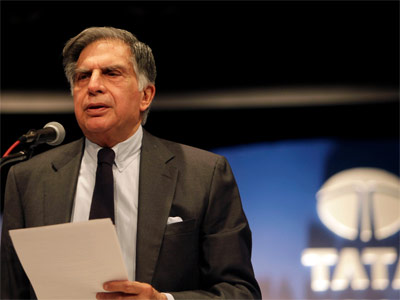 KOLKATA: Tata Sons Chairman Emeritus Ratan Tata on Wednesday said e-commerce is one of the areas where is he looking to personally invest because of its "good potential" as a large proportion of the country's consuming public do not have the required access to goods.

Tata, however, refused to comment specifically about any investments in e-retalier Snapdeal.

He said, "I do not think it is fair to comment on that." "I plan to do personal investments and looking into a variety of areas to do that and e-commerce is one of them," he said.

Tata said that given the country's large consuming public, people do not have the required access to goods.

"But e-retailing today is one of the hottest form of marketing and has a good potential in the country as 500 to 600 million people of the country are the consuming public", he said.

Last month, e-commerce giant Amazon said it will invest $2 billion in the country to grow the business in a market that is dominated by homegrown players like Flipkart and Snapdeal.

The US-based firm's announcement came less than 24 hours after rival Flipkart announced raising a whopping $1 billion funding, the largest in the e-commerce space in India.