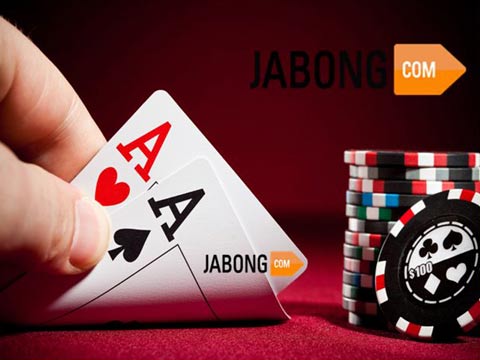 Yet another Sales Campaign, yet another ‘cash funeral’? Well the question might be a little brutal and de-motivating, but looking at the current situation this might be the actual behind-the-scene picture for a lot of eCommerce players. Online retail is not just struggling, but struggling BIG TIME! Backed by reasons such as investor’s pressure, tough time in raising new funds, upturn of offline retail and to cherry the cake, ‘100 per cent FDI in eCommerce’ norm, online retail is surely experiencing a rollercoaster ride these days.

I was amazed when I got a press release reading Jabong’s recent ‘Shopper Number 5’ sales campaign. Being a journalist, I get more than 20 of such press releases on a daily basis, but this one really caught my eyes! Why? Because, when a company, which is on the verge of finding new buyers, comes up with a campaign like this, it sounds too good to be true!

About the campaign
Online shopping portal Jabong has recently revealed its all new ‘Shopper Number 5’ sales campaign where it will give a whopping 100 per cent cash back on a minimum purchase of Rs 500 to every of its fifth shopper who shops using the mobile application. It will be a 10-days long campaign where the highest purchaser will get a chance to win triumph bike and daily highest buyer will stand close to winning an Apple iPhone. Commenting about the same, company CEO and MD, Sanjeev Mohanty said that with this campaign they aim to provide an opportunity to customers to have a seamless user experience while shopping through the mobile app. The campaign not only offers best array of national/ international brand but, also gives them (shoppers) an opportunity to avail attractive offers and prizes, he added.

Matrix of the campaign
This better be a well-thought move by the fashion e-tailer as such lucrative cashback and offers might end up saying GAME OVER for Jabong. Looking at company’s advertising sketch for the campaign which includes radio, OOH (out of home) and social media promotions, the campaign will surely give a high-end expense sheet. At a time when Jabong is in tough-mode combat in order to retain its investor’s trust, the campaign came off as a big gamble to play.

During the FY-15, Jabong, despite experiencing a 2X growth in revenue, ended up posting a three-fold increase in net loss. The loss was backed by company’s over-the-top discounting mechanism. At a time when the country’s eCommerce is set to rise by $103 billion by 2020, online retailers, such as Jabong, will have to get over the inheritance of operating in losses in order to keep contending in the retail warfare. Especially, for the Gurgaon-headquartered firm, which decided to cut-down on its discounting stir last year, such utter sales campaign, at such crutial time, might further downsize its already altered valuation of $100 million.

Today, these companies are on a transition mode from being startups to well-established market leaders. Continuous introspection and experiments in order to bring efficiency is must, but better assortment of such campaigns and curation of marketing and promotion will have to go hand-on-hand. This is surely a sturdy time for online retailers in the country and company’s CFOs will have to come up with some strong frugal decisions to keep equilibrium between consumer preference and healthy balance sheets!