Delhi Court restrains use of deceptive trademark of Nature's Essence 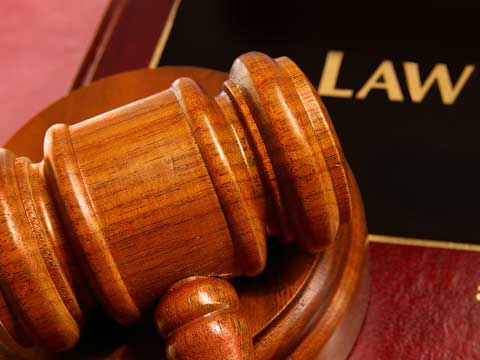 NEW DELHI: A Delhi court has restrained the use of deceptively similar trademark, visually or phonetically, of cosmetic products major 'Nature's Essence' and its sub-brand 'Coloressence'.

The court's order came on the civil suit of cosmetic products major M/s Nature's Essence Pvt Ltd seeking injunction restraining the defendants (Ram Kumar Singh, ex-distributor of the company in Bihar and others) from infringement of its trademark.

In its suit, the company said that Singh was one of its distributors for Bihar since 2005 and was carrying on the business of distribution and marketing of the various products but his association with the company had come to an end on March 31, 2014.

It alleged that in June 2014, the company came to know that Singh had started promotion "CARE ESSENCE" range of products in the market, the product it was about to launch and has been contacting various dealers and distributors in Delhi and Bihar.

The company alleged the logo adopted by Singh for his products was imitation of the logo and trademark of the company containing one-leaf whereas Singh's logo contained two-leaves at the same space and placement and would create confusion among customers.

"Singh has adopted the identical trademark 'CARE ESSENCE' along with the deceptively similar trade name 'Nature Herbal' as to 'Nature Essence' to market his product and to create a belief that their trade is just extension of the trade of the company and under said impression, people have started dealing with him," it said.

Counsel for Singh refuted the company's allegation and claimed that the logo and name of his products were not deceptive as the word 'Essence' is descriptive and company can't claim any exclusive right or monopoly over it.

The court, however, said Singh's product having 'Nature Herbal' mark would show similarity of arrangement of the alphabetical letters, get up and art work including the colour scheme somewhat deceptively similar to the registered device mark 'Nature's Essence' of the plaintiff company.

"If at the first glance mark 'Nature Herbal' of the defendant is seen, the visual impact is that it closely resembles to the plaintiff's registered device mark 'Nature's Essence' and it is likely to cause confusion in the minds of the customers as if the product of the company who would be purchasing these products," the court said.

It said prima facie it strengthens the apprehension of the company regarding passing off goods by Singh under the trademark 'Care Essence' which was deceptively similar to that of the company's registered trademark 'Nature's Essence' and 'Coloressence' and to create a confusion in the minds of the customers.