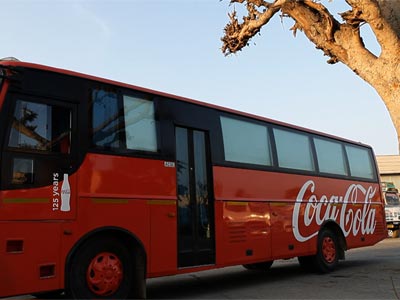 HYDERABAD: Hindustan Coca-Cola Beverages, The Coca-Cola Company's largest bottling partner in India, has expressed interest to set up a Rs 1,000-crore bottling plant in Telangana and has sought land for the proposed venture.

The release quoted Finan as saying that the company is interested in setting up a mega plant with Rs 1,000 crore investment in the State and needs the support of government for the purpose.

The Chief Minister assured the delegation of full support from his government, including identifying suitable land for the proposed plant, the release said.

According to Coca-Cola website, Finan is responsible for managing a multi-billion dollar internal bottling business.