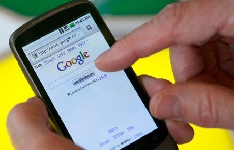 New Delhi: Google has announced it will introduce a sub-USD 100 (about Rs 6,000) smartphone, starting with India, by October this year as the US-based tech giant eyes the next one billion Android operating system (OS) users.

The device will be produced by homegrown handset maker Micromax along with other firms like Karbonn and Spice for India, which is the world's fastest growing smartphone market.

The search engine giant said it is also working with telecom operators to provide users with "reasonable data plans."

"The device with Micromax is a dual-SIM 4.5-inch screen device with a removable SD card and will cost less than USD 100," Google SVP, Android, Chrome and Apps Sundar Pichai said at the firm's developers conference in San Francisco late yesterday.

He added that the phone addresses the needs of India.

"We will launch this around the world, but we will start with India this fall," Pichai said.

According to research firm IDC, smartphone sales in the country grew almost three-fold to over 44 million in 2013, buoyed by affordable devices made by local firms such as Micromax and Karbonn.

The devices are a part of Google's new initiative, Android One.

"All these amazing multi-screen experiences are built around a smartphone and basic Internet connectivity. However, there are many people-billions of people, in fact-who still don't have access to a smartphone. We want to change that; so today we announced an important initiative called Android One," Pichai said.

Android One will provide smartphones that are high quality, affordable and come with reasonable data plans, he added.

"We are working with partners on a comprehensive solution-which includes hardware reference platforms-to address the mobile computing needs of those in emerging markets," he said.