Apparel industry has reasons to cheer 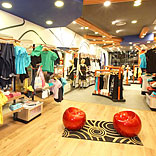 Apparel Export Promotion Councileciates the various progressive measures taken in the Union Budget 2012-13. Chairman, AEPC, Dr A Sakthivel says, “Extension of relief for R&D activities and testing laboratories and exemption upto 150 per cent for expenditure on skill development in manufacturing sector as also allocation of Rs 1,000 crore for national skill development programmes are steps in the right direction. The apparel industry also welcomes the initiatives for improving infrastructure facilities like roads, ports and ICDs, which have been major bottlenecks for exports.” The council also welcomes the Rs 5,000 crore allocated for venture capital and exemption of capital gains tax for purchase of new plant and machinery by SMEs. The council looks forward to the government’s intent to implement GST by August 2012.
Custom duty relief to shuttles-less looms and processing machinery is welcome. The council also welcomes the extension of concessional rate of custom duty of 5 per cent to new textile machinery. “However, the council was expecting zero customs duty for special machineries for manufacturing synthetic garments and processing of fibres, which could have increased our export competitiveness,” Dr Sakthivel adds.
Given the increase in the number of services to be included in the service tax net and increase in the service tax rate, the council strongly recommends increasing the service tax refund rate for the apparel sector to 1.5 per cent from the present 0.15 per cent.
Chairman, AEPC, Dr A Sakthivel, says, “The increase in standard excise duty rate from 10 per cent to 12 per cent will adversely impact raw material costs. Besides this, the council is disappointed that the recommendation for removal of excise duty on branded garments has not been accepted.”

Reacting to the Union Budget 2012-13, Navin Joshua, Founder of Fashos.com, says, “Small and Medium Sector Enterprises face difficulties in raising capital and are often dependent upon banks for the same. The move by the honourable Finance Minister to set up a Rs 5,000 crore India Opportunities Venture Fund with SIDBI is likely to ease some of the difficulties faced by MSMEs. The move is also likely to encourage new entrepreneurs to set up their own businesses, which, in turn, will result into more employment opportunities. “
“The increase in the tax slabs will also help in increasing disposable income of customers, which, in turn, will help them increase spending and investments. This will further augment the growth in the retailing sector (or even e-commerce sector with a modern and smart way of sale and purchase online). Further, the growth sentiments portrayed by the Finance Minister for the economy lays the ground for increased confidence among the masses, which will usher in sense of well being and improved spending,” Joshua adds.

Gautam Singhania, Chairman and MD, Raymond Ltd, says, “The Union Budget is a positive step towards getting the system back on track. Although big reformist measures were not proposed, the Finance Minister has done a balanced job and has targeted growth across social classes. The middle class also gets some relief by way of an increase in income tax exemption levels, which potentially can spur demand-led growth as well. The reduction of duty on branded garments and abatements to the textile sector, although marginal, is a step in the right direction. Overall, the Budget aims at resilience in the context of the current political and economic scenario.”

Dr Ramesh Tainwala, Chief Executive Officer, Planet Retail Holdings Pvt Ltd
I am pleased to see that the Finance Minister has announced a phased introduction from August 2012 of Goods and Services Tax (GST) in this Union Budget. GST will streamline the various taxes we are required to pay and bring almost all transactions under a single tax net. We await the implementation of GST from August this year, as it should bring about a reduction in the costs in most retail products. The increase in service tax from 10 pr cent to 12 per cent will cause an increase in tax on rentals amongst other costs related to the retail sector, so a customer can expect to pay slightly more on everything from fashionable apparel to luggage to their electricity bill or even a refrigerator. The Finance Minister’s statement about the active efforts on for the introduction of 51 per cent Foreign Direct Investment (FDI) in multi-brand retail is a welcome sign for the Indian retail sector, as well as for the consumer who seeks more quality and choice in the marketplace.

Deepak Agarwal, Managing Director, KAZO
This Budget is not providing any growth stimulus to the economy. We were expecting it to be a populist Budget after the election results from a few states and even expecting lot of dynamism for the sunrise sectors in the Budget this time. Also, we were expecting it to be a market friendly Budget besides being slightly reformist.
The increase in excise duty to 12 per cent will prompt immediate price hike from manufacturers and add to the inflation.
The service tax increase impact will also be huge as it will raise inflationary pressures throughout the economy. Services account for nearly 60 per cent of economic activity, so price hikes in this sector will definitely affect the overall prices. It would now be impossible to cut any interest rates since the government has increased taxes on several goods as well. So, overall it is not a good Budget as it leads to higher service charges, climbing inflation and lower chances of an interest rate cut.
On FDI in retail, our view is that the Indian retail industry is one of the prime sunrise sectors with huge growth potential. In spite of the current growth rates, the industry still seems to be the least evolved and the growth of organised retail in India has been much slower as compared to the rest of the world. This slow progress in an otherwise growing and liberalised economy is due to a lack of FDI encouraging policies in the country.