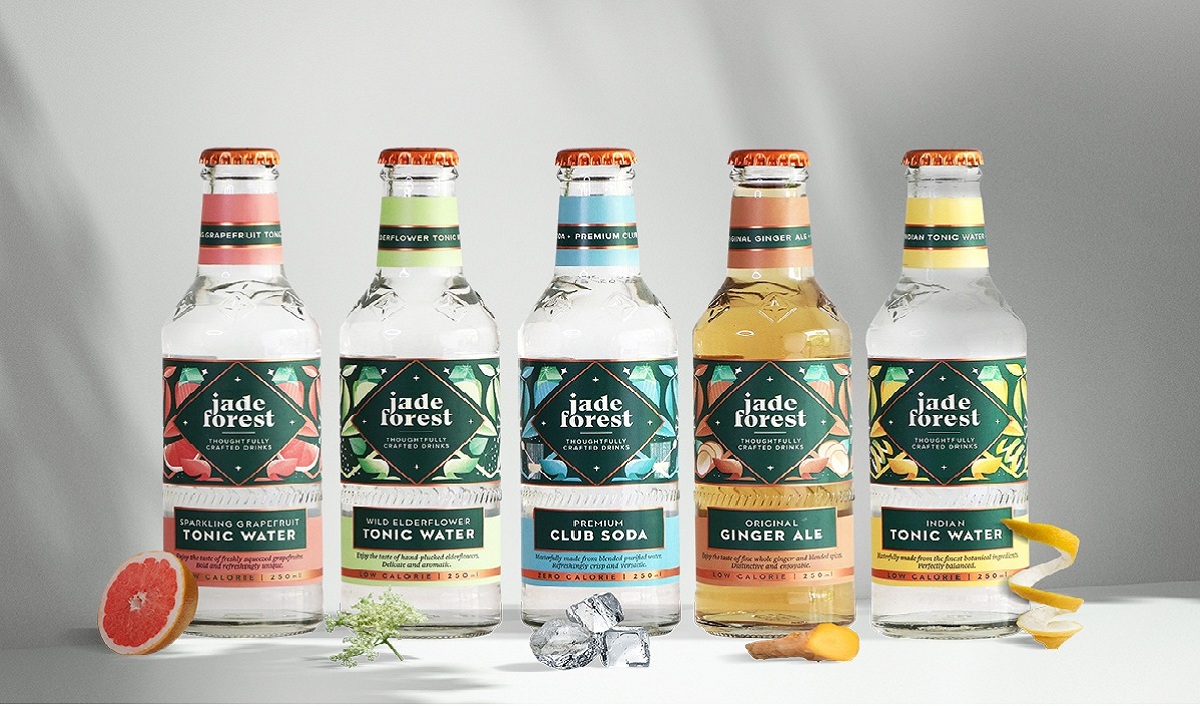 The Gin boom has been seeing drinkers embrace this spirit in all its botanical goodness. What was once considered a spirit that was stuck in time has witnessed a global renaissance, with celebrities such as Ryan Gosling even launching his own brand.

Gin’s best mixing partner, tonic water has inherently seen a spike in sales and different brands have been quick to jump onto the bandwagon. Consumers have also been quick to experiment with different tonic water combinations and flavors and it has now become a staple in everyone’s bar. Its popularity as a cocktail mixer in tandem with the growing consumption of alcohol is clearly an indication that this combination is a good driver of growth.

The pandemic has unlocked new avenues for brands to reach out to consumers. With the click of a button, your favorite beverage can be delivered straight to your doorstep within a matter of minutes. Brands today are leveraging digital channels and inflating their ad spending and this has helped them reach a larger share of audience in different territories. Interestingly so, tier-II and other smaller cities are increasingly contributing towards a large percentage of sales when it comes to tonic water, mixers, and other beverages. We feel consumers are looking out for unique, premium beverages and this is now made possible through widened distribution channels.

Tonic water has been available in our country for over two decades but its options were limited to just 1 or 2. This is a bit surprising as tonic water was actually invented in India. Tonic water, a drink known for its distinctive bitterness is enjoyed around the world and is synonymous with the famous cocktail called Gin & Tonic.

Its origin is both fascinating and close to home. It was during the early 19th century when British troops who were stationed in India were provided with medicinal quinine as a preventive measure against malaria. Quinine on its own is extremely bitter and in order to mask its taste, British soldiers would often mix it with water and sugar and that’s how tonic water was invented. This was further mixed with gin and that’s how the popular cocktail pairing came about. Today tonic water has evolved into something slightly more complex. Carbonated water is infused with quinine along with a variety of different flavors and botanicals and this has led to tonic water being more versatile and accessible to a wider audience.

As a new wave of craft gin brands has emerged globally as well as in India, consumers now have options to a number of refreshing and distinct tonic waters to pair their gin with. We’ve increasingly seen a surge of consumers who wish to improve their knowledge of different brands to different ingredients and flavor pairings. Premium tonic water is not only used simply as a mixer but used to complement and bring out the flavors of their favorite gin. We believe it helps ‘elevate the spirit’.

However, today competition in this space has become fierce with a number of homegrown and international brands all fighting for the same piece of the pie. We’re also noticing a shift from plastic bottles towards the glass and aluminum cans as the former has been widely criticized for its harmful effects on the environment. Coupled with the fact these newer options are void of harmful ingredients, consumers are willing to pay a premium for these products.

There are also a number of challenges that come along with launching a beverage brand in India. The number of options is increasing on a daily basis and it is important to set yourself apart from the crowd. How does one do that? First, the packaging is the key. If it’s attractive, people will gravitate towards it. It is also one of the first touchpoints a brand share with a consumer and it is here that a lot of subconscious decisions are made. As soon as you are past this first step, it is then back to you and how easily you can get the customer to repurchase your product. That is where our in-house sales and marketing team comes to play. It’s a constant cycle one has to be at the forefront of every day.

The role of a good quality mixer should be to enhance the taste of the spirit and not to overpower it. It’s all about finding the flavors that you enjoy and being creative.

The Asia-Pacific market is a key market for tonic water which is expected to rise at a steady CAGR of 5.7 percent during the period between 2017 and 2027 on the back of rapid industrialization and urbanization – the two phenomena that have increased the disposable incomes of people and changed their lifestyles leading to more alcohol intake, which means there is more consumption of tonic water. The global tonic water market size was estimated at US$ 1.72 billion in 2019 and is expected to reach US$ 1.83 billion in 2020. The global tonic water market is expected to grow at a compound annual growth rate of 7.2 percent from 2020 to 2027 to reach US$ 3.01 billion by 2027.