Swedish firm SCA to start production in India next year 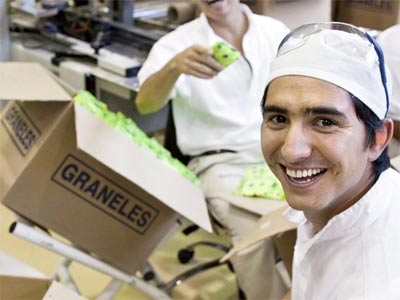 GOTHENBURG: SCA, a leading Swedish global hygiene and forest products company, will commence production from its plant at Ranjangaon, near Pune, from next year.

"The construction work at the plant near Pune is almost over and we hope to start manufacturing products such as tissues and diapers including those for adults from early next year," Cecillia Edebo, Managing Director, SCA Hygiene Products India, said.

The company will also be forming its own sales & marketing team for pushing its products in the country, she said, adding the firm saw a huge market potential in India with its vast population."India is just not a country, but a continent with different kind of people.

We have established contacts with 11,65,700 mothers and babies besides 934 nurses from 1,500 paediatric clinics in various parts of the country," she told a group of visiting Indian reporters here.

The company also plans to initiate interactions with pharmacists in India from next year, she said, adding it has put in place a few doctors for online advice on hygiene besides usage of smartphones for highlighting the significance of its products.

The plant, spread over 30 acres of land near Pune, has been set up at a cost of over Rs 150 crore, Edebo said. The land has been taken on 99-year lease from the Maharashtra government.

The plant will roll out products that will match the quality of products made by the company in Sweden and elsewhere, she added.

It may be recalled that the industrial 'mega project policy' of the state government has been framed to attract more investments and generate employment opportunities.

Officials said there were 150 regular SCA employees in India besides 150 part-time staff associated with the company.

Edebo said more staff were being added in India as it prepares to launch its products from the country.Globally, it has 44,000 employees with total sales in 2013 touching SEK (Swedish kroner) 93 billion (euro 10.7 billion).

She observed that the forest absorbs carbon dioxide, regulates water flows and generates value for society.

The officials, in a presentation, said SCA has trained 10,000 nurses from 1,200 hospitals in China on issues related to elder care and other issues.

Stating that it was continuously upgrading and updating its products through its labs, which the reporters were taken around here, a senior official said "sustainability is an integral part of our business model and is fundamental to everything.